Vaping Vs. Smoking: Is One Better Than The Other? 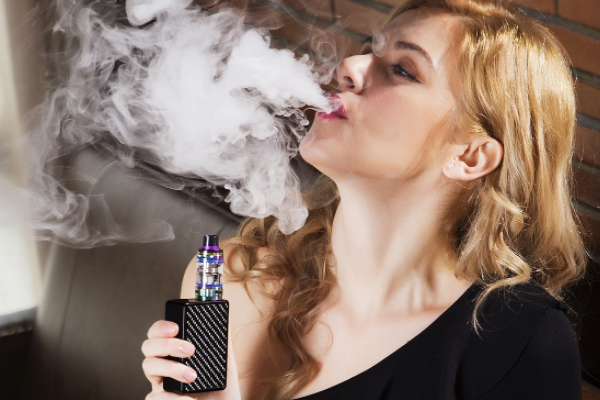 A common question that people ask is if vaping is better for you than smoking a cigarette.

It’s a difficult answer to give because it all depends on the person’s intentions in their usage of these products. If someone smokes cigarettes and wants to quit, then yes, vaping would be better. But for people who want to continue with both habits, there isn’t really an easy answer. In this blog post, we will explore what each product has in store for us and come up with some answers. Let’s get to the details.

The Difference Between Vaping and Smoking

Cigarettes are harmful to the body, not only because of their direct effects on your lungs but also through second-hand smoking. If you vape instead, then you aren’t worrying about polluting other people’s air with smoke or destroying their health by exposing them to something that they don’t want in their system.

Vaping gives you more power over your usage. You can easily adjust the nicotine levels in e-liquid to help you stop smoking cigarettes slowly but surely. This way, it’s much easier for you to reduce the number of chemicals inhaled into your system and eventually leave them behind completely.

On the other hand, if you want to continue with both, there isn’t really a problem. Many people use vape pens to socialize because it’s not very intrusive and doesn’t cause many inconveniences for the other people around them. So, if that’s what you’re looking for in your vaping experience, then this should be just right.

However, we cannot rule out cigarette smoking since people still want to do it and enjoy doing so. With this Xikar Forte flame lighter and a pack of your favorite cigarettes, you can continue doing what you want to do. This lighter is windproof, which means that it’s safe for usage outside or near an open window with strong gusts of winds blowing about. This makes smoking cheaper and more convenient than vaping.

Most of the health concerns that come with smoking cigarettes are because of its direct effects on your lungs. When you inhale cigarette smoke, it’s horrible for the cells in your body since there is a lot of carbon monoxide and tar being pushed into them. This can lead to lung cancer or other respiratory problems like emphysema (a chronic lung disease that damages the alveoli).

On the other hand, vaping has fewer health concerns since there is no smoke involved. Instead, you inhale vapor which only contains nicotine and flavoring agents (for e-liquid flavor), but it doesn’t contain any harmful chemicals like tar or carbon monoxide.

However, vaping can also have health concerns if you overdo it. For example, vaping at a high wattage affects your body in the same way that smoking would since there is still nicotine entering your system, which isn’t good for you.

Cigarettes are not good for the environment since they pollute the air with harmful chemicals that can cause respiratory problems in people who breathe them, especially children and the elderly. On the other hand, vape pens only emit vapor which is harmless to others, so there isn’t any problem with exposing them to this kind of air.

However, we should also mention that e-liquids can be harmful to the environment if not disposed of properly and carefully because they contain nicotine, a poisonous chemical for marine life and other animals in your local area. So it would be best to use public trash bins near you whenever possible, so others don’t have to deal with the chemicals that come from your vaping habit