Harlem World Magazine helps our readers live their best life and style around the block around the world.

Even in Harlem’s earliest years, it was a leader. In that year, Harlem Monthly Magazine wrote in 1893:

“…it is evident to the most superficial observer that the centre of fashion, wealth, culture, and intelligence, must, in the near future, be found in the ancient and honorable village of Harlem.”

Our knowledge and passion for creating the best Harlem content started with our founder and longtime Harlem resident Danny Tisdale. Tisdale is an award-winning visual artist, who began in publishing as a “newspaper boy” in Watts, CA, where he was born and raised. He worked on his college newspaper, before graduating from art school and driving 3,000 miles to Harlem. He found his first job in publishing working at Andy Warhol’s Interview magazine, and numerous other publications before founding Harlem World Magazine in 2003. Tisdale served as an active member on Harlem’s Community Board #10 and held numerous sub-committee seats from Arts & Culture to Economic Development and Empowerment Zone, Land Use, and Education. He was appointed to Manhattan Borough President Ruth Messinger’s Youth Committee. Tisdale is an award-winning visual artist and founder of the National Visual Artists Guild (NVAG), the first union for visual ars in the United States and his art studio Tisdale Studio. 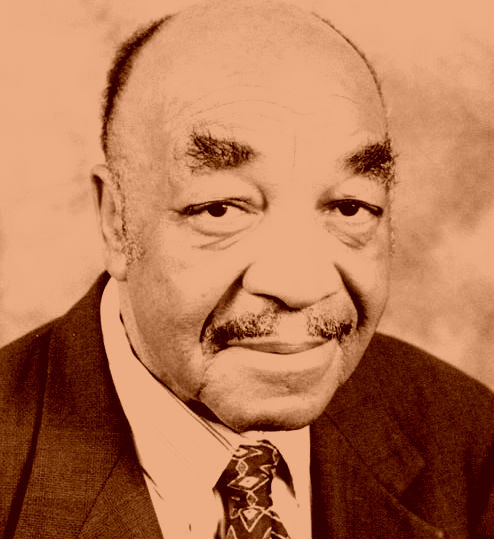 Tisdale’s Uncle Charles Wesley Tisdale (left), in the 1970s, became owner and publisher of the Jackson Advocate, founded in 1938, to create the best content for Jackson, Mississippians.

Charles Wesley Tisdale was born in rural Athens, Alabama on November 7, 1926, he was one of a family of eighteen children. Tisdale always wanted to be a newspaperman and began living that dream early: At age 7, he was working at a newspaper, pouring lead into molds in Linotype machines. An American to his core, his father Thomas Jefferson Tisdale, was a sharecropper. Thereafter, he supported his family through day jobs and yard work. Charles Tisdale remembers his father as a poet and songwriter, an intellectual who read three newspapers every day. Charles Tisdale’s mother, Winnie, was “a stern and courageous woman.” She insisted that her children stand up for their rights. She was a fierce defender of the family who “would shoot in a minute.”

At fourteen he was foreman of a tobacco field in Connecticut and the co-founder of a local chapter of the National Association for the Advancement of Colored People. He later returned to Athens, where he graduated from Trinity High School. At Trinity High School he was editor of the school paper and excelled in academics and sports. But when he and others tried to organize a chapter of the National Association for the Advancement of Colored People, he was dragged behind an ox cart by white folks to punish him. In 1950 he received a bachelor’s degree from LeMoyne-Owen College in Memphis, Tennessee, working as an advertising and whiskey salesman while in Memphis. He later earned a master’s degree in economics from the University of Chicago. An adviser for numerous companies, he found his true profession in reporting for the African American press. His byline appeared in the Memphis Tri-State Defender, Memphis World, New York Amsterdam News, and Chicago Defender. He edited the Memphis Times Herald and the Midsouth Times.

“I think newspapers that provide information are the most essential tool in a democracy. I always wanted to have my say. This is true liberty, when free men speak freely.” – Charles Tisdale

NPR Radio reported that “Charles Tisdale was a champion of civil rights, a dedicated journalist who owned the Jackson, Mississippi newspaper called, appropriately enough, the Jackson Advocate. Mr. Tisdale bought the newspaper in 1978. And over the course of almost three decades, he published stories that gave a voice to the less fortunate, bringing to life the impoverished state of some of Mississippi’s majority-black towns and exposing corruption among law enforcement officials.”

Mr. Tisdale was committed to his community, as Ben Jealous, onetime managing director of the Advocate and NAACP president said about Mr. Tisdale,

The paper encouraged discourse and critical debate and understood the importance of giving a voice to community ideas in his column Tisdale’s Topics.

“Tisdale was concerned about the welfare of all citizens, not just blacks.”

For 20 years, Mr. Tisdale had a talk show on Evers’ radio station, WMPR in Jackson, where he often took elected leaders to task for not effectively serving their community.

“Before the Jackson Advocate, there was no coverage for black folks. Because of Mr. Tisdale’s stance and fight, the newspaper has enlightened us and is a vehicle to keep us informed,” Evers said.

Like his Uncle Charles, Danny Tisdale and his team have a commitment to creating the best content that reflects the ideas of their readers, like his cousin DeAnna Tisdale-Johnson who has taken over the paper:

Harlem World has remained fiercely proud of its heritage, its independence, and its commitment to living its best life in Harlem is at the heart of what we do.

We’ve helped raise hundreds of dollars for Harlem charities. Most of Harlem World Magazine’s designs are printed in the U.S.A. with eco-friendly water-based inks. 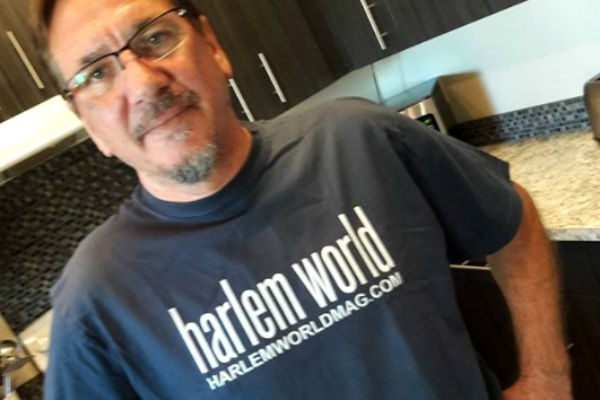 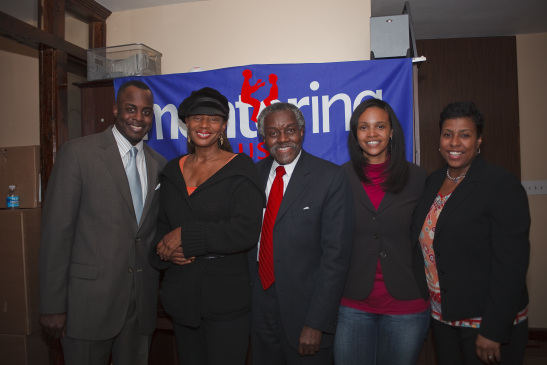 • Donations of money, time, and promotion for many other local organizations, including Relay For Life of Columbia University, Harlem CARES Mentoring Movement Benefit, The 2018 Africa Trade & Investment Global Summit, and many more. During the past year, Harlem World Cares has donated over $50,000 in marketing and advertising to charitable organizations.

Harlem World Magazine in the News

Harlem World Magazine articles by Harlem Congregations for Community Improvement’s on-going stories from HCCI from 2016 to the present.

Harlem World Magazine is a winner of the NAACP Game Changer Award 2017-2018.

Harlem World Magazine is a winner of the Alignable Business Of The Year Award 2019-2020.