“Hubert Harrison: The Struggle For Equality, 1918-1927” And The Harrison Biography 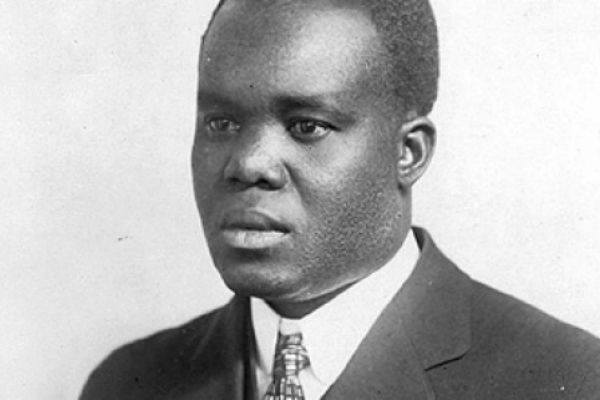 This two-volume biography by Jeffrey B. Perry, based on extensive use of the Hubert H. Harrison Papers and diary, is believed to be the first full-life, multi-volume, biography of an Afro-Caribbean, and only the fourth of an African American after those of Booker T. Washington, W. E. B. Du Bois, and Langston Hughes.

Harrison’s ideas profoundly influenced “New Negro” militants, including A. Philip Randolph and Marcus Garvey, and his work is a key link in the two great strands of the Civil Rights/Black Liberation struggle: the labor- and civil-rights movement associated with Randolph and Martin Luther King Jr. and the race and nationalist movement associated with Garvey and Malcolm X.

The second volume of this acclaimed biography traces the final decade of Harrison’s life, from 1918 to 1927. It details Harrison’s literary and political activities, foregrounding his efforts against white supremacy and for racial consciousness and unity in struggles for equality and radical social change. The book explores Harrison’s role in the militant “New Negro Movement” and with the International Colored Unity League, as well as his prolific work as a writer, educator for the New York City Board of Education, and editor of the New Negro and the Negro World.

These two volumes can be ordered from Columbia University Press a 20% discount by using Code “CUP20” (you will not be charged for volume 2 until the book is being released). Please share this information with others and please encourage your public library and your college and/or university library to include the Harrison biography in their collections so current and future generations can learn from the life of Hubert Harrison.

Dr. Jeffrey B. Perry (aka Jeff Perry) is an independent, working-class scholar formally educated at Princeton, Harvard, Rutgers, and Columbia. Volume 2 of his Hubert Harrison biography entitled “Hubert Harrison: The Struggle for Equality, 1918-1927” (Columbia University Press) is scheduled for publication on December 8, 2020. http://www.jeffreybperry.net