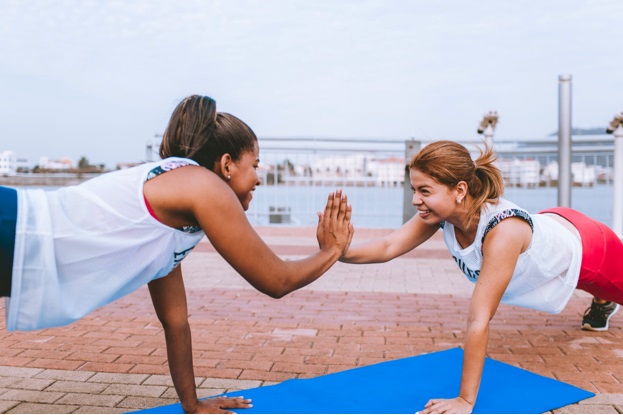 A healthy diet and regular exercise are key ingredients to a healthy lifestyle, and now researchers are exploring both the mental and physical health benefits associated with these habits.

According to a new study conducted by researchers from the University of Illinois at Urbana-Champaign, following an exercise and nutrition regimen can have countless positive benefits for consumers’ physical and cognitive health.

“Our work motivates the design of novel multimodal interventions that incorporate both aerobic fitness training and nutritional supplementation, and illustrates that their benefits extend beyond improvements in physical fitness to enhance multiple measures of cognitive function,” said researcher Aron Barbey.

For this 12-week study, the researchers had 148 active members of the Air Force participate in a rigorous exercise program. While all of the participants followed the same workout routine over the course of the study, half of the group received a nutritional beverage daily and the other half received a placebo drink with no added nutritional benefits.

At the end of the study, it was clear that just following this exercise program was beneficial for the participants. The researchers observed improvements to both physical and mental health, as participants had lower resting heart rates and lower body fat percentage, as well as better memory and problem-solving abilities.

“The exercise intervention alone improved strength and endurance, mobility and stability, and participants also saw increases in several measures of cognitive function,” Barbey said. “They had better episodic memory and processed information more efficiently at the end of the 12 weeks. And they did better on tests that required them to solve problems they had never encountered before, an aptitude called fluid intelligence.”

However, the real benefits came for those who were exercising and consuming the nutritional beverage each day. According to the researchers, the drink was packed with protein, several different vitamins, omega-3s, and a variety of other nutrients, and this combination was what led to even greater mental and physical health benefits for the participants.

“Those who consumed the nutritional supplement saw all of these improvements and more,” Barbey said. “For example, they were better able to retain new information in their working memory and had quicker responses on tests of fluid intelligence than those taking the placebo.”

The researchers hope that these findings demonstrate just how beneficial it can be for consumers to adopt healthy habits, as there is great opportunity to improve physical health and strengthen cognitive abilities reports Consumer Affairs.