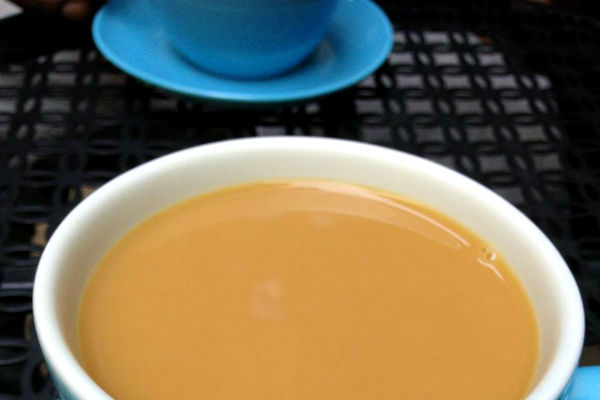 Whether it’s coffee or tea, many consumers start their mornings with a caffeinated drink.

Now, a new study has found that this daily ritual could come with some unexpected health benefits.

According to a new study published in the British Medical Journal (BMJ), drinking green tea or coffee each day is linked with a lower risk of death for consumers with type 2 diabetes.

“In this prospective study, we found that higher green tea and coffee consumption was significantly associated with decreased all-cause mortality in patients with type 2 diabetes,” the researchers wrote. “This association remained significant after adjusting for potential confounders: the impact of each beverage on mortality was independent.”

The researchers learned that drinking green tea and coffee — particularly in large quantities — was associated with the lowest risk of death from any cause. While it may seem like too much caffeine, the study revealed that those who drank at least four cups of green tea and at least two cups of coffee each day reduced their risk of death by over 60 percent.

The researchers are unsure why this trend emerged between green tea, coffee, and diabetes health risks, but they explained that the biological make-up of both beverages are associated with anti-inflammatory properties, which could be why they’re so beneficial to consumers’ health.

“The mechanisms underlying reduced mortality with green tea and coffee consumption are not fully understood,” the researchers wrote. “Green tea contains a number of beneficial substances, including phenolic compounds, theanine, and caffeine. Coffee also contains numerous bioactive components, including phenolic compounds and caffeine, which have been suggested as contributing to the associated favorable effects.”