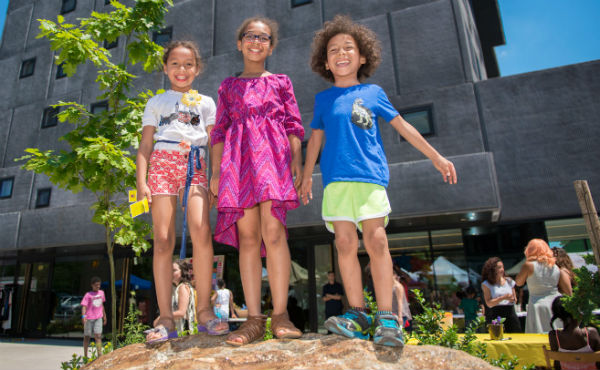 The ways in which climate change affects consumers’ health — particularly the youngest population — have been documented at length. But new findings continue to shed more light on this area of study.

Now, researchers from the University of Texas Health Science Center have found that children are the most likely demographic to experience health complications that arise from climate change.

In fact, many could be exposed to those effects before they’re born.

“It is impossible to predict the scope and impact of climate change in future generations,” wrote researcher Dr. Susan E. Pacheco. “However, the convergence of multiple adverse health outcomes, coming from different pathways of exposure in the prenatal and postnatal life, will likely have a compounding effect that will accelerate or worsen the morbidity and mortality of many health conditions.”

As temperatures continue to rise around the world and natural disasters become more frequent, Dr. Pacheco explained how the children are at the greatest risk of feeling the effects of living under such conditions.

She points to the Intergovernmental Panel on Climate Change, which maintains that a steady increase in global temperatures will lead to three major risk factors for consumers to contend with:

While Dr. Pacheco is concerned about how these conditions will affect children when they’re young, her research also revealed that it could actually affect them before they’re born.

Maternal stress, either from outside factors or due to weather-related disasters, was linked with birth complications that included low birth weight and premature birth.

Pacheco says it isn’t uncommon for children’s caretakers to struggle mentally and physically in their roles following natural disasters, which can leave young ones lacking basic care and amenities.

Children’s long-term health will continue to be at risk from a health standpoint, as they will not only grow up under these conditions but will experience them getting worse over time.

“We will continue to see an increase in heat-associated conditions in children, such as asthma, Lyme disease, as well as an increase in congenital heart defects,” said Dr. Pacheco.

She explained that climate change won’t just disappear without serious intervention, and the youngest population is likely to suffer the most.

“We cannot act as if we are immune to these threats,” she said. “We can jump to action or stand in complacent indifference.”