9 Harmful Effects Of Lack Of Sleep On Your Body 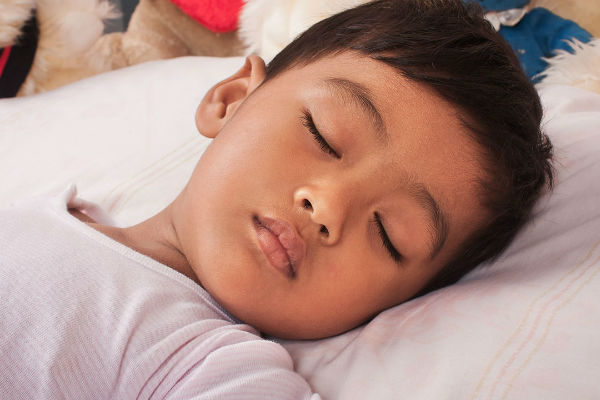 Poor sleep quality does not only affect your physical health but can also seriously impact your mental wellbeing. Apart from causing bodily problems like diabetes and heart risk, a disrupted sleep schedule can lead to mental issues like stress and anxiety. According to several studies, about one-third of the US population suffers from some kind of sleep problem or the other but very few realize the long-term effects of lack of sleep. We have therefore come up with a list of 9 most harmful effects that an insufficient amount of sleep can have on your body.

A major health risk of not having enough sleep is the occurrence of cardiovascular and coronary heart diseases such as stroke, heart attack, heart disease, etc. According to the Centers for Disease Control and Prevention (CDC,) people who managed to get less than 7 hours of sleep every night have a higher risk of developing high blood pressure, asthma, heart attack etc. One particular sleep disorder known as obstructive sleep apnea has been linked with increased chances of cardiovascular diseases due to the insufficient supply of oxygen in the airways.

This is one of those risks of sleep deprivation that not only affects you but is also harmful to others. According to this recent study, sleep-deprived individuals are more likely to be involved in a car accident than those who have slept for more than 7 hours. People working for odd hours or at night shift are more prone to experience drowsiness while driving. Additionally, the body’s ability to recover from such accidents is also lowered due to insufficient sleep and failure to regulate muscle repair.

REM sleep which takes place about 90 minutes after falling asleep is associated with learning and mood. Failing to get enough sleep can lead someone to exhibit signs like reduced alertness, lack of concentration, slow response time, poor reasoning, and clouded judgment. A good night’s sleep is essential for maintaining a steady cognitive functioning of the brain. Make sure that you are never missing out on the sleep you deserve to poor bedding material or an uncomfortable mattress. Check out this extensive list of some of the best mattresses available at under $500 USD.

People looking to lose weight can often experience a setback if they have poor sleep health despite maintaining a good diet and exercising regularly. According to a past study, participants who slept less than 6 hours a day lost 55 percent less body fat than those who slept more than 8 hours. Instead, the first set of participants saw a decline in their muscle weight. Lack of sleep also disrupts the balance of hormones that regulate appetite in the body such as leptin and ghrelin, thus making it harder for people looking to lose weight to avoid eating fatty food items.

Sleep deprivation is known as a major cause of type 2 diabetes as the body fails to efficiently control the blood sugar levels. The insulin sensitivity of the body is drastically reduced due to a prolonged lack of sleep. This means that the cells in the liver and other muscles have a hard time absorbing glucose from the blood and convert it into glycogen. Diabetic people are therefore often advised to engage in regular work-out as it increases the amount of slow-wave sleep the body receives which is crucial for regulating insulin.

Stress and sleep are mutually dependent on each other. Sleep-deprived people face an additional amount of stress buildup which in turn leads to further loss of sleep. The body’s primary stress hormone known as cortisol increases rapidly when the sleep quality is poor. Apart from disrupting the natural sleep-wake cycle, stress can also give rise to conditions like increased blood pressure and mood disorders.

One of the major purposes of sleep is the ability to consolidate memory. Failing to achieve the right quality and amount of sleep can seriously impair your memory. Not only does it become harder for someone to arrange their memories but also weakens the ability to recall old memories. Rapid eye movement (REM) sleep and NREM (non-rapid eye movement) sleep, especially slow-wave sleep (SWS,) are all essential for proper memory consolidation. A protein fragment called beta-amyloid, that is responsible for the neurodegenerative disease Alzheimer’s, starts getting built up in the absence of proper sleep.

Failing to get an adequate amount of sleep can lead to the skin losing its elasticity and make you appear much older than you actually are. A past study found that not only can sleep-deprived individuals experience early aging but their skin’s ability to combat UV rays is also visibly diminished. The study listed uneven pigmentation, fine lines, and slackening of skin as some of the most harmful effects of sleep deprivation. Another recent study called sleep deprivation as one of the primary reasons for aging along with exposure to the sun, stress, smoking, etc.

With mental health finally getting the attention it deserves in the last few years, the role of sleep in causing conditions like clinical depression is being widely studied around. So much so, that sleep experts often link depression as one of the leading causes of insomnia, the most widely observed sleep disorder. It’s not just limited to a lack of sleep, as people who tend to oversleep are also often diagnosed with depression. A group of researchers from the University of British Columbia wrote in a recent study that sleep also affects how our mind processes good and bad news

It is evident by now that there are some very serious harmful effects of lack of sleep, some of which can even lead to death if not addressed at the right time. Thankfully all such issues can be handled by fixing your broken sleep schedule and getting the right amount of sleep your body nee