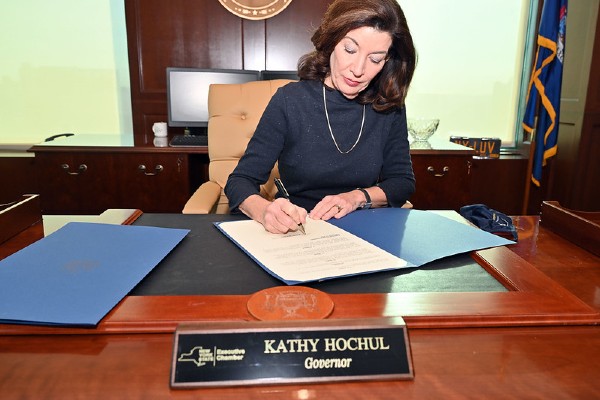 Though largely came up short in addressing the disproportionate impacts of climate change, air pollution, toxic chemicals, and other environmental hazards on low-income communities and communities of color.

Overall, we’d like to see additional funds committed to the exciting initiatives we’ve highlighted, the inclusion of key initiatives that have been overlooked, and a greater focus on addressing the environmental disparities faced by low-income communities and communities of color.

We appreciate the Governor’s inclusion of the following initiatives that WE ACT has been advocating for:

We also applaud the Governor for including the following initiatives in the budget:

However, a number of the initiatives included, along with others that were not included, are cause for concern:

You can download the 2022 State of the State Agenda here.

We look forward to working with Governor Hochul, state legislators, and their staff on these issues, and we also look forward to reviewing the details of the Executive Budget.