Urban Opossums Are On The Rise In New York 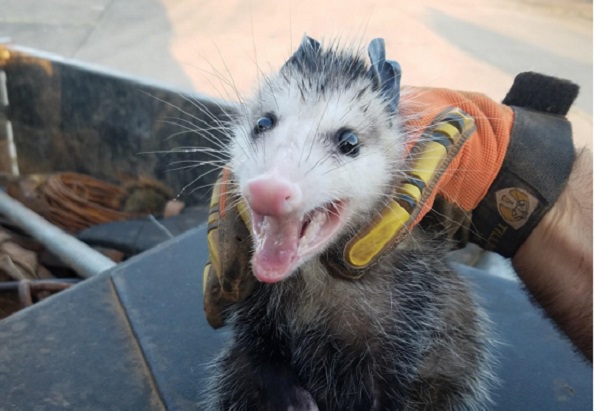 The Virginia opossum is the only native marsupial found in North America and its population is exploding in New York. Opossums are known to be reclusive creatures, foraging only at night. Even when confronted with a threat, they would rather ‘play dead’ than engage in a fight. How did this solitary critter become accustomed to this dense and loud lifestyle of New York?

A Bit of History…

About 3 million years ago, the ancestors of opossums evolved in South America but quickly spread into North America through the Great American Interchange. However, it wasn’t until the early 1900s, through the clearing of dense forests, that opossums began to migrate northward towards New York State, Michigan, and Wisconsin. Rarely seen in New York before, opossums began to multiply and adapt to their newly-found homes.

How Did They Survive the Cold?

Opossums are biologically endowed to thrive in areas with a tropical and humid climate. However, one species, the Virginia opossum has a special adaptation to survive harsher and colder climates. There exists a unique insulating layer of fat between this species’s skin. This helps them to scale through harsh winters.

Moreover, as they acclimated to human settlements, they found the promise of cozy dwelling places – garages, sheds, patios, and crawl spaces – to spend the cold winters. Luckily, wildlife control services can act as a great resource for knowing how to prevent opossums from residing on your property. 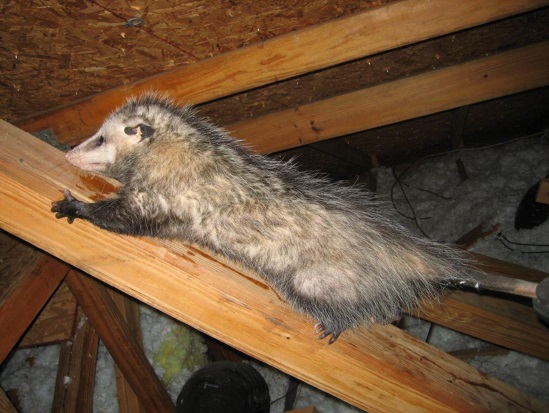 Why Are They Thriving?

Opossums are resilient and despite the many risks associated with the city, the promise of food and shelter makes the risks worth it! And truly, they are making the best of it!

As the opossum population continues to explode, the numbers of opossum/human conflicts are on the rise too. While many opossums in Upstate New York die from hypothermia during the winter, the majority of their fatalities arise from their interactions with humans. Human actions like hunting, trapping, or being hit by a vehicle are having a greater impact on them. A recent study even found that about 35 percent of tracked opossums in New England were killed by a moving vehicle.

Moreover, opossums are carriers of several diseases like leptospirosis, tuberculosis, spotted fever, toxoplasmosis, and many others, posing health risks to pets and humans. Because these conflicts can be very serious to people, it’s worth it to know how you can protect yourself against these. To learn how, getridofpossums.com has more information on how to deal with opossums conflicts.

Projections into the Future…

Will this trend of a growing opossum population continue indefinitely? Well, as the promise of food and shelter remains, opossums aren’t going to leave. However, due to global warming, the earth’s climate is in a fragile state, evidenced by extreme weather. Winter is getting colder. This phenomenon will surely affect wildlife, especially opossums. Captured opossums often show signs of frostbite. In winter, they also experience difficulty looking for food due to the frosty landscape. Due to the cold winter climate, the increase of opossums in New York will likely plateau at some point in time.