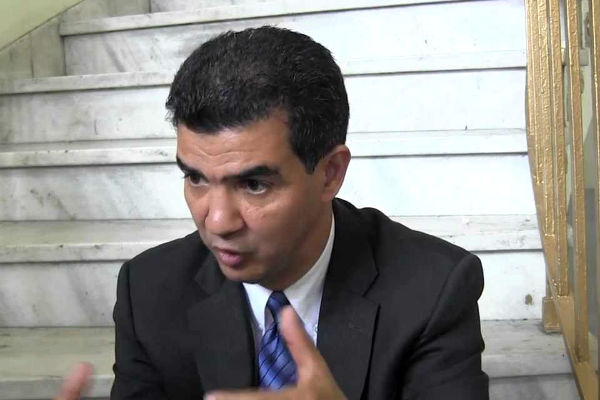 Today, a coalition of NYC Council Members, faith-based leaders, and advocate groups gathered to rally in solidarity with the Jewish community, denouncing all acts of violence and hate crimes that have occurred recently throughout the nation. The coalition reiterated that there is no place in this country for hatred and bigotry and we must stand united against intolerance and prejudice. The recent hate crimes that took place in Pittsburgh, Pennsylvania and in Jeffersontown (suburb of Louisville), Kentucky are of great concern to the City of New York. Hate crime victims can be individuals, businesses, government entities, religious organizations, or society as a whole, and they can be committed against persons, property, or society.

According to the Anti-Defamation League, the number of white supremacist murders in the United States more than doubled in 2017 compared to the previous year, making 2017 the fifth deadliest year on record for extremist violence since 1970. The FBI reported 7,615 hate crime victims in 2016. The City of New York has a zero-tolerance policy for extremist acts of hatred and violence. Today, New Yorkers rallied in unity with the communities of Pittsburgh, Pennsylvania and Jeffersontown, Kentucky and offered a pledge to fight against hatred and violence against all minority groups.

“We have been through so much as a city and a country in the past few days. It’s easy to feel despondent. But we are strong and united, and we will never let hate win. I thank everyone who came to our rally today. Together we sent a clear message – hate will never win,” said Speaker Corey Johnson.

“Enough is enough. When any group is under attack all of us are under attack. We cannot let hatred, violence and bigotry dominate our nation. I stand united with the Jewish and African-American communities to support both groups during their time of sorrow and condemn the hate crimes that took too many innocent lives. We must do better. A call for action is necessary to stop this senseless violence in our country,”

“Enough is enough. When any group is under attack all of us are under attack. We cannot let hatred, violence and bigotry dominate our nation. I stand united with the Jewish and African-American communities to support both groups during their time of sorrow and condemn the hate crimes that took too many innocent lives. We must do better. A call for action is necessary to stop this senseless violence in our country,” said Council Member Ydanis Rodriguez, Co-Chair of the Black, Latino/a, & Asian Caucus.

“What occurred in Pittsburgh on Saturday was blatant anti-Semitism, hatred of the Jewish people that turned violent and deadly. Like many of my Jewish brethren, I spent my Saturday morning in synagogue, praying. Next weekend, I’ll do the same. But 11 people in Pittsburgh will never again have that opportunity. This week, as New Yorkers attempted to absorb what occurred in Pittsburgh, we united at rallies, vigils, and community gatherings. It was heartwarming to see the City come together during a very difficult time. I’m grateful for the outpouring of support from my colleagues, from faith leaders, and from community members of every ethnic background,” said Councilman Chaim Deutsch, Chairman of the Jewish Caucus.

“Though bigotry, xenophobia, and anti-Semitism are not foreign to our country, fanaticism and ignorance have seeped into our national discourse,” said Black, Latino, and Asian Caucus co-chair Council Member I. Daneek Miller. “These prejudices and their followers have no place in our society, and there can be no timidity, indifference, or equivocation in the wake of the heinous violence witnessed last week in Kentucky and Pittsburgh. We will be vigilant against any acts of hatred and confront those who perpetrate them when they dare to do so in our City.”

“America is stronger together; no amount of hatred and violence will ever change that. As someone who could’ve just as easily been at synagogue with his daughter at Shabbos, my prayers are with the victims and families of those killed at the Tree of Life Synagogue. Mass shootings in our country’s schools, and now houses of worship must not be allowed to become the norm. New York City stands with Pittsburgh and against anti-Semitism as we pray for healing,” said Council Member Ben Kallos.

“The heinous attack in Pittsburgh reminds us that hatred, bigotry, and anti-semitism continue to threaten the safety and security of all Americans. We commend Council Speaker Johnson, our Council Member Ydanis Rodriguez, and the leaders of the Jewish, BLAC and Progressive caucuses for standing with Yeshiva University and New York’s Jewish communities during this difficult time,” said Jon Greenfield, Director of Government Relations, Yeshiva University.