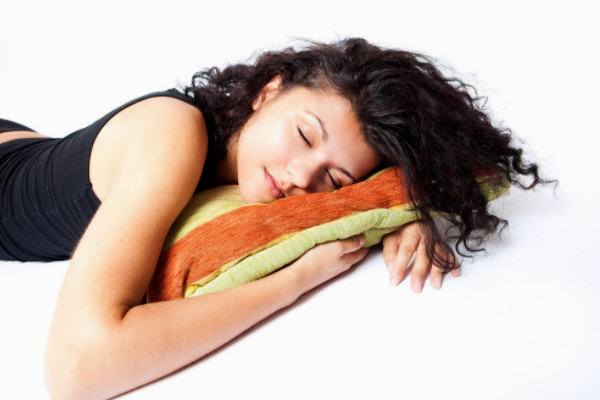 Getting into a good sleep routine can be difficult for many consumers. However, a new study conducted by researchers from the American College of Cardiology explored how doing so may be beneficial for consumers’ heart health.

According to their findings, healthy people who struggle with sleep — either sleeping too much or too little — may be at an increased risk of heart complications.

The findings emphasize the importance of maintaining a healthy sleep routine as a way to boost consumers’ heart function.

“Sleep is often overlooked as something that may play a role in cardiovascular disease, and it may be among the most cost-effective ways to lower cardiovascular risk,” said researcher Dr. Kartik Gupta. “Based on our data, sleeping six to seven hours a night is associated with more favorable heart health.”

To understand the impact that sleep can have on consumers’ wellness, the researchers analyzed data from over 14,000 participants enrolled in the National Health and Nutrition Examination Survey.

The respondents completed surveys that assessed their sleep habits, and the researchers followed up with them over the course of nearly eight years to determine their health outcomes.

The team was primarily interested in two health measures: the level of the C-reactive protein (CRP), which has been associated with heart disease, and athersclerotic cardiovascular disease (ASCVD) risk, which measures a person’s risk of developing heart disease.

The researchers learned that the participants’ sleeping patterns impacted their heart disease risk. While CRP levels were a stronger indicator of heart disease than ASCVD risk, sleep remained an important component.

Participants who slept less than six hours or more than seven hours had higher CRP levels, and they also had a higher risk of cardiovascular-related death.

“Participants who slept less than six hours or more than seven hours had a higher chance of death due to cardiac issues,” Dr. Gupta said. “ASCVD risk score was, however, the same in those who sleep six to seven hours versus more than seven hours. The effect of sleep probably accrues over time; it takes time for damage to happen.”

Moving forward, the researchers hope that these findings spark conversations between consumers and their doctors about adopting healthy sleep habits.

“It’s important to talk about not only the amount of sleep, but the depth and quality of sleep too,” Dr. Gupta said. “Just because you are lying in bed for seven hours doesn’t mean that you are getting good quality sleep.”