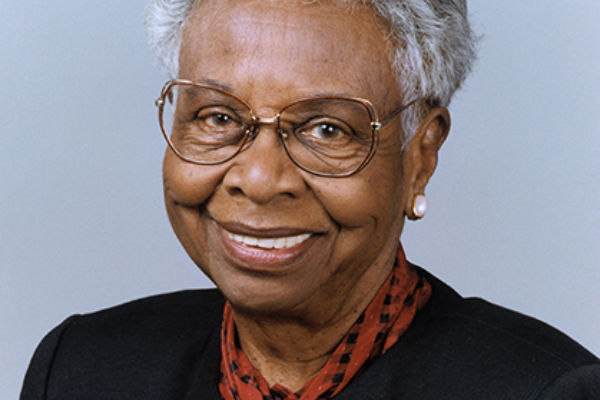 She was known as the “matron of Harlem health” because she sought to fulfill the healthcare needs of the underprivileged people in Harlem.

She was born in Trinidad, but her father was exiled to Harlem in 1917 due to his opposition to the colonial government, and in 1919 the rest of his family joined him. Her father eventually became a doctor at the age of 40.

Muriel Petioni was born to Charles Augustin Petioni and Rose Alling on January 1, 1914, in the country of Trinidad. As a child, her father was exiled to Harlem, and during this time he became a physician. Once, her family was able to join him in Harlem, her father was running a medical office from their home. As a child, Muriel enjoyed answering the door and the phone for her father’s patients. This is where her love for medicine grew, and her parents wildly encouraged her to pursue her dreams.

Muriel soon followed in her father’s footsteps, because in 1934 she graduated with her B.S. from Howard University and three years later, her MD. Then in 1942, Muriel married a Tuskegee airman named Mal Woolfolk. Shortly after he returned from the war, she had her first and only son, Charles Woolfolk. As a new mother, Muriel took time off to tend to her son and became a dedicated homemaker.

In 1937 Muriel graduated from Howard University Medical School, where she was the only woman in her class. Shortly after obtaining her MD, Muriel had a two-year internship at Harlem Hospital, then later became a physician at several universities. After taking a few years off when her son was born in 1947, she started her practice again on the ground floor of her home, which was also where her father had his practice. She was among the first generation of black doctors given staff privileges at Harlem Hospital in the 1950s. In addition to her private practice, she worked as school physician in Central Harlem for the New York City health department from 1950 to 1980, was supervising physician for Central and East Harlem from 1980 to 1984, and was a founder or leader of many community organizations in Harlem, including founding the Friends of Harlem Hospital.

She also founded the Susan Smith McKinney Steward Medical Society for Women in 1974 (a professional association for African American women doctors in the Greater New York area), and was the founder and first chair of Medical Women of the National Medical Association, founded in 1976, which became the Council of Women’s Concerns of the National Medical Association. Working with the Coalition of 100 Black Women, she also developed a mentorship program to guide young African American women into careers in science and medicine. She was also a president of the Society of Black Women Physicians.

Her awards include the Howard University College of Medicine Outstanding Alumni Award, given in 1992, and the 1999 Frederick Douglass Award, bestowed by Douglass’s great-great-granddaughter, which was the highest honor of the New York Urban League. In 2002 she shared the City College of New York’s Generations Public Service Recognition Award with her son. In 2007 she was awarded a Barnard College Medal of Distinction.

Petioni’s obituary was included in The Socialite who Killed a Nazi with Her Bare Hands: And 144 Other Fascinating People who Died this Year, a collection of New York Times obituaries published in 2012.