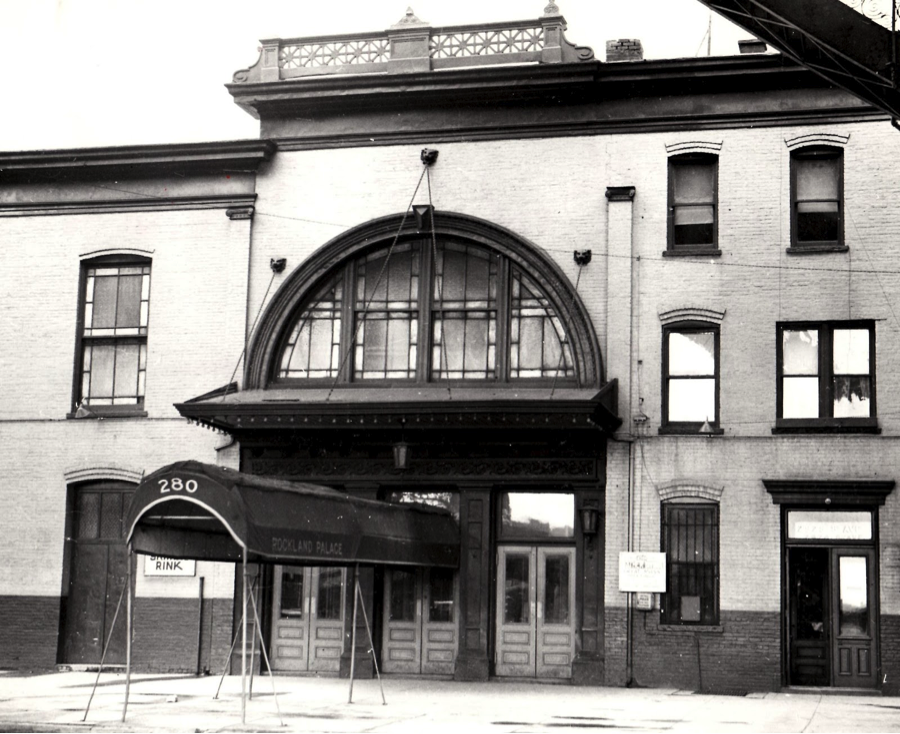 The Rockland Palace was the home of Hamilton Lodge Ball at the corner at 280 West 155th street and Frederick Douglass Avenues in Harlem in the 1920s and 1930s.

With the first drag queen, William Dorsey Swann leading the way, in 1869, Harlem’s Hamilton Lodge, also known as Rockland Palace, was the queerest place to be during the time.

Founded by the Grand United Order of Odd Fellows, Lodge 110 on 155th street and 8th Avenue was about a block long and initially founded by the Odd Fellows as a home for affluent African Americans.

In 1916, the committee released a report detailing the scandalous behavior they witnessed.

The committee later released 130 reports describing its visits, demanding that such perversion must desist.

Organized by a black fraternal organization, the Hamilton Lodge No. 710 of the Grand United Order of Odd Fellows, the Hamilton Lodge Ball was known simply as the Faggots’ Ball by the 1920s and attracted up to 8,000 dancers and spectators at the height of its popularity.

As the great African-American and Harlemite poet, Langston Hughes recalled:

“During the height of the New Negro era and the tourist invasion of Harlem, it was fashionable for the intelligentsia and the social leaders of both Harlem and the downtown area to occupy boxes at this ball and look down from above at the queerly assorted throng on the dancing floor.”

The spectators ranged from leading lights of black society and the Harlem Renaissance such as the singers Nora Holt and Taylor Gordon, the writers Wallace Thurman and Bruce Nugent, and the heiress socialite A’Lelia Walker, to downtown celebrities and perennial gay favorites Tallulah Bankhead, Beatrice Lillie, and Clifton Webb, to such pillars of old New York respectability as the Astors and Vanderbilts. 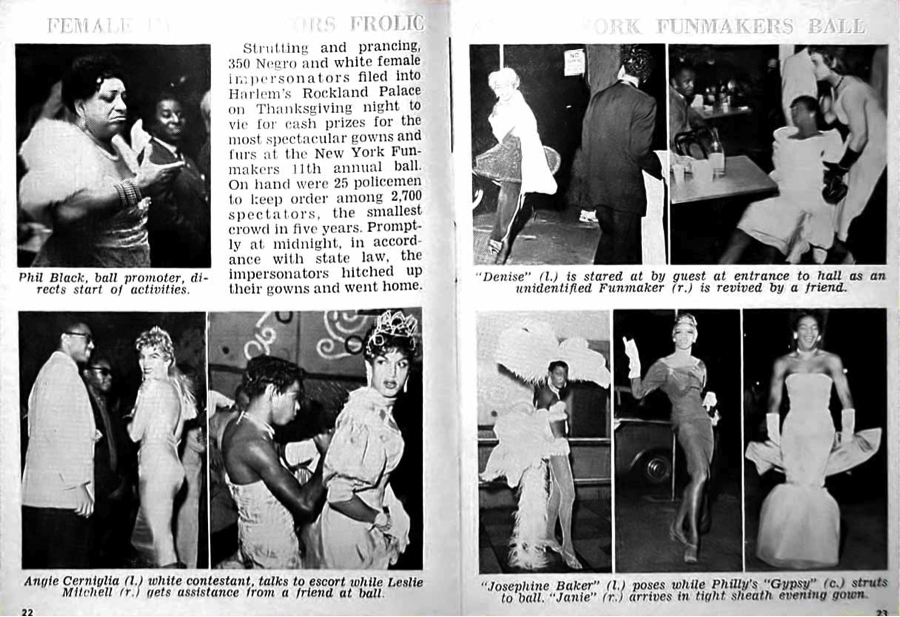 As the circuit parties of their day, the drag balls provide a startling glimpse of the national scope of gay life in the 1920s.

Men traveled from across the country to attend the Hamilton Lodge Ball and other cities’ signature balls, and partisans trumpeted the virtues of the New York ball over its rivals in Chicago, New Orleans, and Berlin.

Bowery Boogie writes that Harlem Renaissance social activist and writer Langston Hughes proclaimed the Drag Balls to be the “strangest and gaudiest of all Harlem’s spectacles in the 1920s” and described them as “spectacles in colour.”

Noting the presence of “distinguished white celebrities” during this period, Hughes concluded that “Harlem was in vogue.”

Inspired by the style of Ancient Egyptian Hieroglyphs and the famous images of models in Vogue magazine, voguing is characterized by striking a series of poses as if one is modeling for a photo shoot. Arm and leg movements are angular, linear, rigid, and move swiftly from one static position to another. This style of dance arose from Harlem ballroom cultures, as danced by African-American and Latino drag queens and gay men, from the early 1960s through the 1980s. Dance competitions often involved throwing “shade,” or subtle insults directed at one another in order to impress the judges and the audience. The competition style was originally called “presentation” and later “performance.” Over the years, the dance evolved into the more intricate and acrobatic form that is now called “vogue.”

Until FX’s POSE (now in its second season) came along as an epic retelling of a subculture that persists to this day, the only chronicling of this world came from a film student 34 years ago.

Jennie Livingston was in Washington Square Park and became captivated by some dancers and their pose-oriented movements.

Her interest piqued, she decided to attend an event with them, known as a ball, subsequently informing her quintessential doc, Paris Is Burning.

Filmed in the mid-to-late 1980s, the film chronicles the ball culture of New York City and the African-American, Latinx, gay, and transgender communities within it. Restored and re-released, it is now available on Netflix.

Prevailing through the decades, from what was once revelry and visual splendor, Drag Balls had turned to bedazzling competitions attended by the fiercest (sexy, fabulous) of competitors: The Houses.

Those who couldn’t attend the balls were treated to detailed accounts of them in the black press and Broadway gossip sheets.

Tell the next person who claims gay life was always shrouded in secrecy before Stonewall about a front-page banner headline in a 1932 Broadway tabloid.

It was torn down in the 1960’s and is now a parking lot (adapted from source).