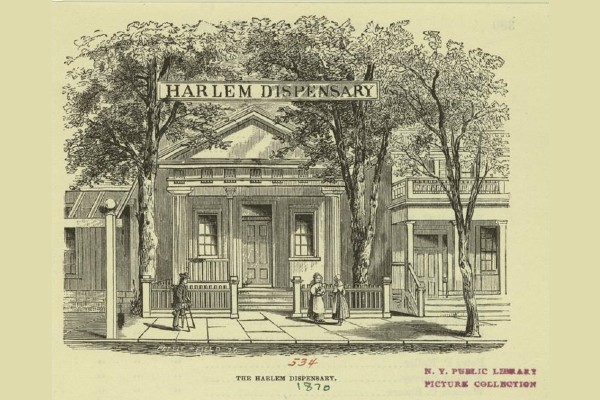 The rare photographs above and the one below are amazing wood engravings from the 1870s of the little-known Harlem Dispensary, during the 1820s.

The Harlem Dispensary was on Fourth Avenue (today renamed Park Avenue) it was between 124th and 125th Streets in Harlem, NY.

ephemeral new york writes about The Harlem Dispensary in the article “Where the “worthy poor” went for medical care, the write:

“It’s 1831, and you live on the poorer outskirts … You’re nursing a fever or broken bones, but you’ve got no money to see a doctor.”

In this powerful image by engraver John Hardy from the Manual of the Corporation of the City of New York 1870s.

The image illustrates a man standing to the left of the dispensary entrance gates as he stands with crutches and missing one leg.

The two “proper” young ladies stand talking facing each other as they stand to the right of the dispensary as the man (seems to) wait for their attention. 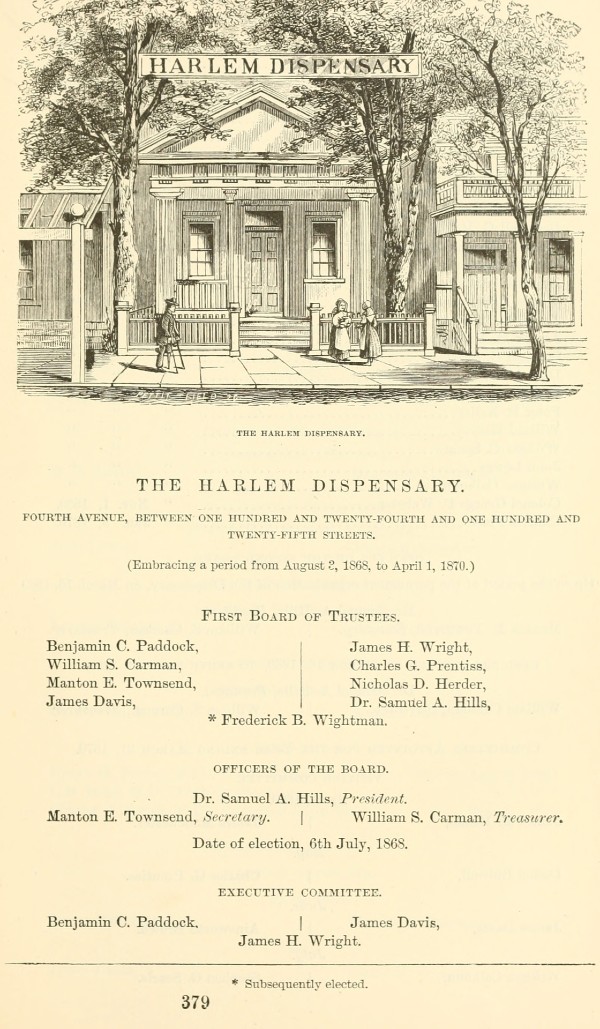 The Harlem Dispensary seems to have been one of the first non-profit healthcare organizations that saw a problem and was excised to create a nonprofit to meet medical facilities and needs of the community in Harlem, the story continued now:

“You’re in luck—you can visit the new Northern Dispensary …”

The Harlem Dispensary opened in 1827, this nonprofit was one of several dispensaries established in the city from Harlem to Houston during the 19th century for the “worthy poor,” wrote the New York Times.