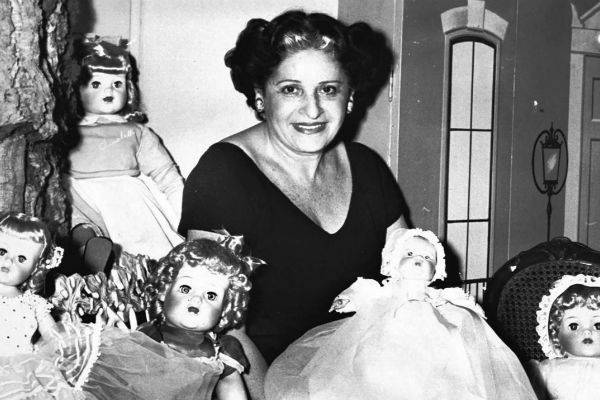 Alexander Doll Company is an American manufacturer of collectible dolls. The business was founded in 1923 by Beatrice Alexander, a New York City woman who designed and sewed high-quality cloth dolls.

The company, known for its rosy-cheeked dolls with intricate tailored fine details, was founded by Beatrice Alexander Behrman, daughter of Russian immigrants, who started making the dolls in 1923. Behrman moved her doll factory to Harlem‘s manufacturing area from Kips Bay in the mid-1950s for cheaper rent. 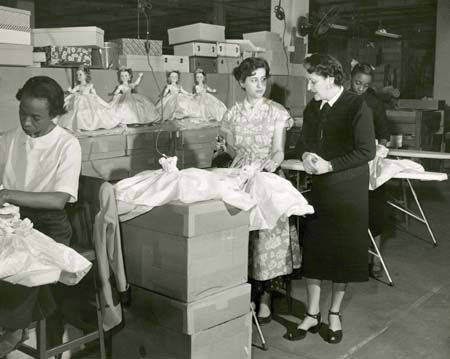 The company evolved into one of Harlem’s largest private employers, according to the New York State Urban Development Corporation. Doll historians said the company had up to 650 employees in the 1960s.

The company once manufactured all its dolls at the 131st Street building, with some parts made in The Bronx and White Plains. But production shifted overseas in the 1990s, historians said.

Other popular dolls have been ‘Pussycat’—a large baby doll dressed in fine coat and dress, a Mary, Queen of Scots Portrait Doll, Heidi, the characters from Little Women, and a series of international dolls in native costumes. She created many topical doll series, such as “The First Ladies of the United States,” depicting each in her inaugural gown, as well as “The Opera Series”, a “Fairy Tale Series”, and many more.

dnainfo wrote that the storied doll maker, which made the first licensed dolls of popular characters and celebrities, closed its museum and “doll hospital” at 615 West 131st Street (aka as the Studebaker Automotive Building in West Harlem) after it was bought out by a Midtown-based toy manufacturer.

Her 8″ Wendy doll, introduced in 1953, is still being made today and is considered to be a valuable collectible. Among her notable creations were dolls replicating the Dionne quintuplets, Scarlett O’Hara, and the royal family and attendees at the 1953 coronation of Queen Elizabeth II. In true Harlem style, the company produced its first fashion doll, “Cissy”, four years before Barbie was released. Alexander began making hard plastic dolls after World War I and vinyl plastic dolls in the 1960s. 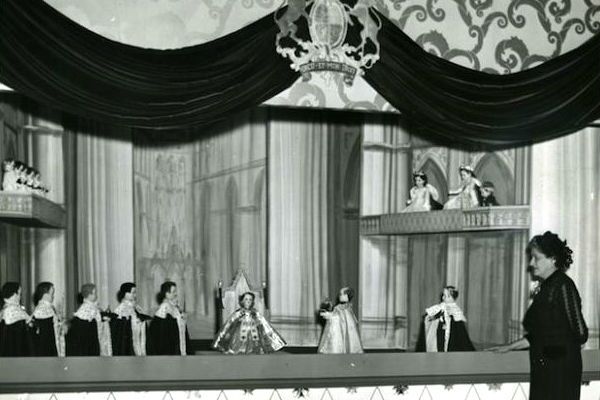 “The museum in Harlem borrowed dolls from our collection and Madame Alexander donated quite a few to our collection.” said Sandra Vanderwarf, a curator at the Brooklyn Children’s Museum, as she paged through reference materials on the museum’s doll collection.

In the 1980s, it released one million dolls annually. Beatrice Alexander ran the company for 65 years and sold it in 1988. As of 2016, the company has produced 6,500 doll styles and characters.

Styling herself Madame Alexander, which also became the trade name for her dolls, Alexander went on to create dolls replicating famous personalities, and brands like The Wizard of Oz, The Rockettes, Angelina Ballerina, Fancy Nancy, Pinkalicious, Olivia (amongst others) and characters in books, films, music, and art.

A December 2005 article in Forbes magazine analyzed the most popular American toys by decade, with help from the Toy Industry Association. The Madame Alexander collectible dolls led the list for the 1920–1929 decade, beating out even the yo-yo.

Alexandra Fairchild Ford is a line of 16″ collectible fashion dolls for adult collectors.

As of 2009, Madame Alexander had begun creating dolls for Dollie & Me, which specializes in matching clothing for girls and dolls. In June 2012, the Madame Alexander Doll Company was sold to Kahn Lucas, owners of Dollie & Me. Kahn Lucas sold the company and has a new address as of 2020, at 600 Third Avenue, 2nd floor. New York, NY 10016.

The Madame Alexander Doll Club is separate from The Alexander Doll Company, but the company supports club efforts by creating new limited edition dolls for club events. The club holds events and conventions all over the US. The club also publishes a magazine for members called The Review 3 times per year.

Here’s video from a tour when the museum was still open: