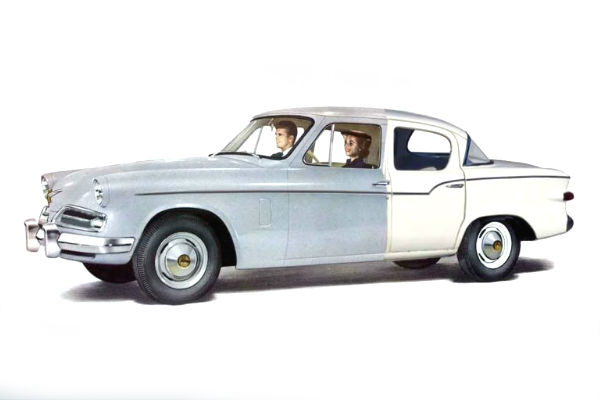 The Studebaker Automobile and Factory located at 615 West 131st Street, between Broadway and 12th Avenue, and between 131st and 132nd Streets in Harlem, New York.

It is in the northeast quadrant of the proposed Manhattanville Campus of Columbia University. It is four blocks away from the 125th Street stop on the 1 subway train, and the subway station at 125 Street and St. Nicholas Avenue has stopped for the A, B, C, and D trains. The area is also served by the M4, M5, and M104 buses.

This former Studebaker automobile finishing plant (hence the muscular freight elevator), complete with a freight elevator, was constructed in 1923. It is constructed largely of brick with a decorative white porcelain trim, is 6 stories tall, has a plot size of 175 feet by 200 feet, and has 210,000 square feet of floor space. The blue Studebaker logo used between 1912 and 1934 is still visible on the southwest corner near the top.

Jalopnik writes that the factory saw the production of Studebaker’s Big Six, Special Six, and Light Six, which came to be known as the President, Commander, and Dictator after 1928, and the introduction of Studebaker’s famous 313 cubic inch straight-8. The building would have warehoused vehicles and parts and served as a training facility for dealers and mechanics. Luxury cars were also shipped from the facility to dealers in the region.

But, after the stock market crash of 1929, and despite offering its small and economical Rockne, Studebaker saw sales plummet, and was forced to make cuts. Subsequently, the New York factory ceased production and the facility was sold to the Borden Milk Company. 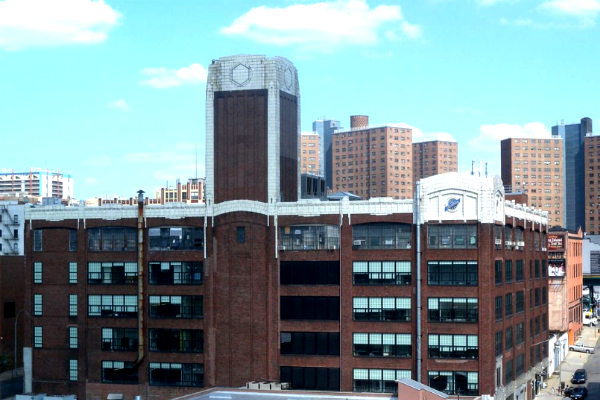 In 1937 Studebaker sold the building to the Borden Milk Company, which used it as a milk processing plant. Later it was home to various warehouses (e.g. for the American Museum of Natural History), offices, and small manufacturing facilities such as the Madame Alexander doll company. In the late 1980s, Columbia University began to rent office space there and subsequently bought the building.

In 2007, most of the Finance department for the University, including the Student Financial Services department, moved to the Studebaker Building from the historic Kent Hall.