The Business Of Milk, The Legendary Borden Milk Company In Harlem NY 1899-1930’s 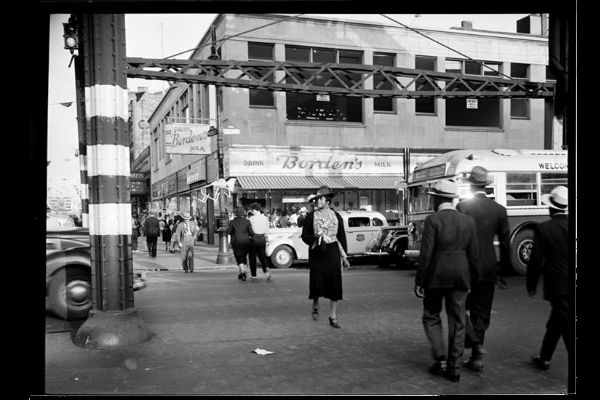 Back in the day, when you thought of Borden’s Milk Company, you may have thought of Elsie the cow, Elmer’s glue, Cracker Jacks, egg nog, Eagle Brand, and other products.

You would think that because at one time Borden was the largest manufacturer of dairy and pasta products in Harlem and the nation.

Gail Borden and Company was founded in 1857. By the next year. The company starting making condensed milk in its New York plant. When the war started, the federal government became its biggest customer. The government was providing condensed milk as a ration to the Union soldiers.

Borden had discovered a way to treat milk in a partial vacuum in such a way that involved adding sugar and heating the milk and then cooling it. The process, which did not either scorch or curdle the milk, was such that most of the water content of the milk evaporated. (Milk is 87% water. By taking a large amount of the water content out – in this case, around 75-80%, the milk would not spoil.) Borden patented the process in both the United States and in England. At the same time, the government was concerned because they were unable to provide fresh milk for their troops.

Because the Borden’s condensed milk plants were in the North, it was not possible for officials of the Confederate Army to purchase condensed milk for their soldiers.

Finding the milk satisfactory for the needs of the soldiers in the field, the government places orders throughout the war. Borden, in fact, had trouble producing the quantities the army required as the federal government commandeered his entire inventory.

Borden’s (called at the time the New York Condensed Milk Company before it was changed in 1899 to the Borden Condensed Milk Company in honor of its founder) used the New York & Harlem Railroad to ship to plants in Connecticut, Maine, in the affluent new “suburb” where the Studebaker Automobile Factory and offices at 360 West 117th Street in the Harlem Valley and Wassaic, New York sold the U.S. Sanitary Commission order of 500 pounds of condensed milk on a trial basis. 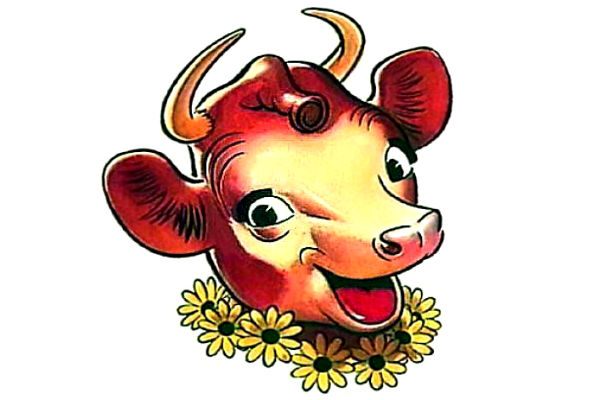 Just as Elsie the Cow became a national brand in the 1940’s the business milk on the west coast shifted and fewer businesses were manufacturing next door to urban cities like Harlem with a Borden’s on 8th Avenue and 125th Street.

In the story of the name Broden Dairy writes that in 1936, Elsie the Cow was introduced as the Borden brand’s mascot. Elsie was an advertising fixture throughout the 1940s and was officially trademarked in 1951. Elsie became an American icon, bringing Borden nationwide recognition through contests and campaigns featuring Elsie and her expanding family: husband Elmer the bull, their calves Beulah and Beauregard, and the twins Larabee and Lobelia. Elmer served as the mascot for the company’s chemical division and the namesake of Elmer’s Glue. Nearly a century after her “birth,” Elsie remains one of America’s beloved mascots. In 2000, Elsie was named one of the top 10 advertising icons of the 20th century by AdAge.

Borden Dairy Company is headquartered in Dallas, TX, and operates 12 plants and nearly 100 distribution centers in the Midwest, Southern and Southeastern regions of the U.S. They offer 35+ products that are enjoyed by millions. Borden Dairy Company is ushering in an exciting period of growth and development as they introduce Elsie to the next generation of consumers with the help of their new ownership and executive team.

CURATEUR Summer Sale – up to 80% off select styles

Almost a century and a half later, as of January 2020, the Borden Dairy Company filed bankruptcy.