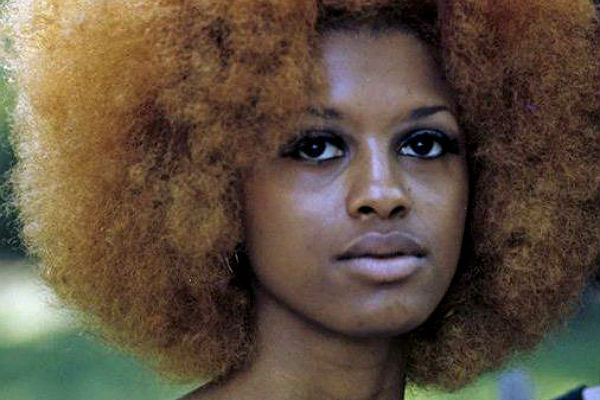 A new study from the National Institutes of Health finds that women who use permanent hair dye and chemical hair straighteners are at a higher risk of developing breast cancer — and the risk is particularly high for black women.

The study, published on Dec. 4 in the International Journal of Cancer, looked at hair product use over a 12-month period in more than 46,000 women ages 35-74 — all of whom have a sister diagnosed with breast cancer. The researchers found that permanent hair dye use in black women was associated with a 45 percent higher risk of breast cancer, while white women had a 7 percent higher risk, according to the study.

Chemical hair straighteners were also associated with a greater risk of breast cancer. Women who used the treatment every five to eight weeks or more were about 30 percent more likely to develop breast cancer; the risk was similar in both black and white women.

It’s not entirely clear why breast cancer risk is especially elevated in black women using permanent hair dye. In general, black women have higher rates of the disease than white women before age 40, and are more likely to die from breast cancer at every age, according to the American Cancer Society.

But hair dye alone is likely not at fault. Elizabeth Arena, MD, a surgical oncologist specializing in breast cancer at Surgery Group of Los Angeles, tells Yahoo Lifestyle that there are multiple factors that affect breast cancer risk. “It cannot be attributed to one specific cause, so I would not attribute the difference in cancer rates seen in this study to use of hair products alone,” Arena says.

She adds: “The study did not describe in detail the products that the participants used so it is difficult to fully compare. In theory, different products, with different chemical components, may be designed for people of different racial backgrounds, which could contribute to the different cancer rates, while different hair types may take up the dyes differently as well.”

Studies on cancer and hair dye are mixed

Hair dyes — a popular product used by more than one-third of women over age 18 and about 10 percent of men over age 40 — contain more than 5,000 different chemicals, “some of which are reported to be carcinogenic (cancer-causing) in animals,” according to the National Cancer Institute.

They added: “These results suggest that chemicals in hair products may play a role in breast carcinogenesis.”

However, more research is needed to determine which chemicals are problematic. “It is very difficult to say if there is a specific chemical in hair dye or hair straighteners that increases the risk of breast cancer,” Arena says. “This observational study is just a starting point for investigating potential cause and effect. It does not show a direct link at this point, and the study participants did not identify which hair products were specifically used. Past studies in animals have shown concern for ammonia in hair products, while parabens, which are found in some dyes, are concerning for potential hormonal, estrogen-like effects.”

Several studies have looked at possible connections between cancer and hair dye. However, according to the NCI, the research is mixed: “Although some studies have linked the personal use of hair dyes with increased risks of certain cancers of the blood and bone marrow, such as non-Hodgkin lymphoma (NHL) and leukemia, other studies have not shown such links. Studies of breast and bladder cancer have also produced conflicting results.”

Added the NCI: “Researchers who reviewed data from 14 studies of female breast cancer and hair dye use published between 1977 and 2002 found that dye users had no increase in the risk of breast cancer compared with nonusers.”

That said, the institute also noted that, “given the widespread use of hair dye products, even a small increase in risk may have a considerable public health impact.”

What should people take away from this study?

First, it’s worth noting that the women in the study all have a family history of breast cancer (a sister diagnosed with the disease), which puts them at a higher risk in general. “In many patients, it is related to their genetics and family history rather than environmental exposures,” says Arena.

“I think it’s important for women, particularly African American women, not to panic every time a study comes out,” Doris Browne, MD, a medical oncologist and former president of the National Medical Association, tells NPR. “But it should raise questions for our primary care providers.”

Arena agrees, adding, “Based on this observational study alone, I do not think women should be overly concerned. This study is an interesting starting point for further research, but you cannot draw any final conclusions from a preliminary study like this.”

For those who are concerned — particularly for women (and men) with a family history of breast cancer — they should have a conversation with their primary care physician. “For women at higher risk for breast cancer, it is always good to speak with a breast specialist further to discuss your risk factors and lifestyle modifications further,” says Arena.

There are also several ways that women can reduce their breast cancer risk — namely, maintaining a healthy lifestyle, which is similar health advice to what doctors recommend for other diseases, such as eating a healthy diet, exercising regularly, limiting alcohol intake and reducing stress reports Yahoo News.

Arena adds, “I also strongly recommend regular screening for breast cancer because early detection is the most effective way to treat the disease should it occur.”