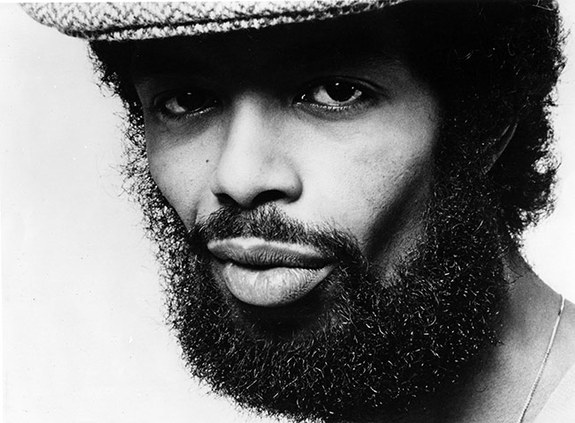 Scott-Heron began his recording career in 1970 at a New York nightclub located on the corner of 125th Street and Lenox Avenue. By the time of the recordings, Scott-Heron had published a volume of poetry and his first novel, The Vulture. Well-received by music critics who found Scott-Heron’s material imaginative, Small Talk at 125th and Lenox has been described as “a volcanic upheaval of intellectualism and social critique”.

Bob Thiele of Flying Dutchman Records produced the album, and Scott-Heron was accompanied by Eddie Knowles and Charlie Saunders on conga and David Barnes on percussion and vocals. The album’s 14 tracks dealt with themes such as the superficiality of television and mass consumerism, the hypocrisy of some would-be black revolutionaries, and white middle-class ignorance of the difficulties faced by residents like Harlem. In the liner notes, Scott-Heron acknowledged as influences Richie Havens, John Coltrane, Otis Redding, Jose Feliciano, Billie Holiday, Langston Hughes, Malcolm X, Huey Newton, Nina Simone, and long-time collaborator Brian Jackson.

Scott-Heron’s memorial service was held at Riverside Church in Harlem, New York on June 2, 2011, where Kanye West performed “Lost in the World” and “Who Will Survive in America”, two songs from West’s album My Beautiful Dark Twisted Fantasy. The studio album version of West’s “Who Will Survive in America” features a spoken-word excerpt by Scott-Heron. Scott-Heron is buried at Kensico Cemetery in Westchester County in New York.