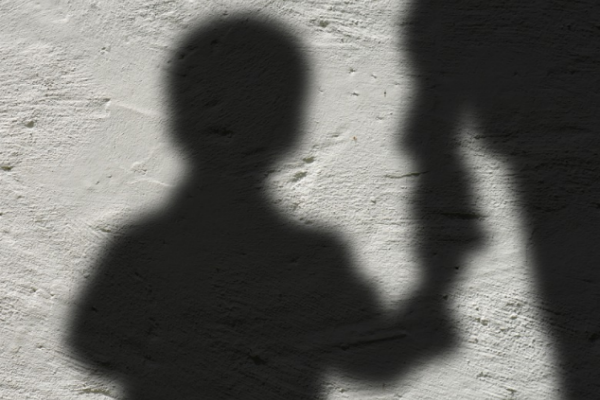 Today, the Senate Democratic Majority will pass legislation to support survivors of sexual abuse and domestic violence by strengthening protections for victims in New York State.

The legislation that has been advanced builds on the Conference’s work to provide greater protections to all survivors of domestic violence and sexual abuse to ensure they are treated fairly and have the needed resources to seek accountability.

This legislative package enacts the Adult Survivors Act so that survivors of sexual abuse have the opportunity to hold those who committed these crimes accountable in civil court, passes the New York State Phoenix Act, redefines the term “physically helpless” to include individuals who are physically unable to communicate affirmative consent and creates the “Purple Alert System” for missing victims of domestic violence.

This package also directs the Office for the Prevention of Domestic Violence to conduct a study on domestic violence in the transgender community.

“When we passed the Child Victims Act in 2019, we righted a historical wrong by empowering survivors of childhood sexual abuse to hold their abusers and institutions that may have looked the other way accountable,” Senate Majority Leader Andrea Stewart-Cousins said. “Last year, we passed the Adult Survivors Act (ASA) unanimously, because we understand that we cannot leave any survivor of sexual abuse behind. Adult survivors of sexual abuse deserve the chance to seek justice so they can start their journey towards healing. In addition to the Adult Survivors Act, we are advancing a legislation package to strengthen protections for survivors of sexual abuse and domestic violence and remove the obstacles in their way to seek justice and safety. I thank the survivors and advocates for their courage and persistence in their pursuit of justice. I am also grateful to Sen. Brad Hoylman for his unwavering commitment and leadership to pass the Adult Survivors Act and my colleagues in the Senate Majority for their efforts in passing these important protections.”

The legislation being passed by the Senate Majority includes:

Bill Sponsor Senator Brad Hoylman said, “We’ve expanded the civil window for young survivors of sexual violence with the successful Child Victims Act — and now the Senate has done the same for adult survivors. Legislation to protect survivors must support how survivors process trauma. Until 2019, New York’s statute of limitations was prohibitively short for adult survivors. It’s a matter of restorative justice to give survivors whose abuse occurred before we changed the law their day in court. I am proud to stand with Safe Horizon, Assembly Member Rosenthal, and the many survivor-advocates who have worked so tirelessly to pass this bill. I thank Senate Majority Leader Cousins for making this critical passage possible.”

Chair of the Senate Committee on Codes and Bill Sponsor, Senator Jamaal Bailey said, “This sweeping legislative package represents a long-overdue expansion of protections for victims and survivors, providing a pathway to healing while improving access to the immediate safety and housing needs of survivors. My bill S2115 changes our state’s definition of the term ‘physically helpless’ to indicate that a person is unconscious or, for any other reason, physically unable to communicate affirmative consent to an act. We all have heard ‘no means no,’ but a more accurate standard to implement as a model of consent would be that ‘only yes means yes.’ The burden should not fall on the victim to say ‘no’ in situations where doing so is impossible. This bill is more than a change in language – it clarifies our past definition of consent and bolsters the protections encoded in the justice system for victims of sexual assault.

No one should have to choose between facing homelessness and staying in a home with a violent partner. My bill S1681 establishes uniform waiting list priorities for domestic violence survivors applying for public housing. Victims of domestic violence are among the most vulnerable populations in need of emergency shelter, yet they still face barriers in securing permanent housing.  Our state’s housing assistance program has made great strides in helping communities like the elderly, the disabled, and the homeless find safe housing, and now we can make further progress by adding victims of domestic violence into priority placement as well. By connecting people with housing services, New York can improve the lives of the most at-risk domestic violence victims as they look for safe and accessible housing services that prioritize their need and meet the extreme urgency of their circumstances.”

Bill Sponsor, Senator Alessandra Biaggi said, “Domestic violence is a pervasive issue in New York State and has only been exacerbated by the COVID-19 pandemic. By allowing prosecutors to petition a court to access to previous orders of protection, we can make it easier for survivors to receive the protection they need and hold abusers accountable. New York owes survivors comprehensive support– including policies for prevention, and means of protection.”

Bill Sponsor, Senator Shelley Mayer said, “I am proud to sponsor S.6443A, which would increase victim protections by requiring judges to inquire about the presence of firearms when orders of protection are issued. In the context of domestic violence cases, the presence of guns increases the risk of violence and death. This common-sense measure will make both defendants and victims safer. Thank you to Senate Majority Leader Andrea Stewart-Cousins and my Senate colleagues for their support of this important bill.”

Bill Sponsor, Senator Kevin Parker said,“Leaving a domestic violence situation is a courageous decision and a difficult process. When a survivor is looking to start a new life it is crucial that we remove the barriers to ensure that survivors have the support they need to end the cycle of abuse and seek justice. I am pleased that my bills, S. 3020A-“New York State Phoenix Act”, S.5940, and S.7157, are part of this legislative package because these reforms prioritize the safety of survivors of domestic violence. I am proud to stand with my colleagues in the Senate Democratic Majority to pass this life saving legislation and I thank Senate Majority Leader Andrea Stewart-Cousins for her leadership on this issue.”