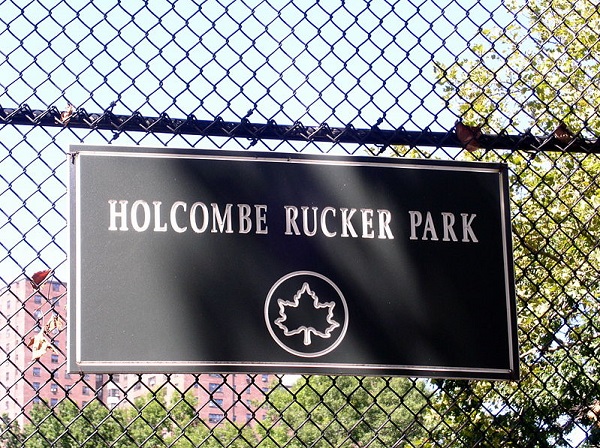 New York is a basketball city and home to Madison Square Garden, sometimes referred to as the “Mecca of Basketball.”

Though there are many famous courts littering the neighborhoods and corners of New York’s city streets, it’s worth knowing that one specific neighborhood has a remarkable history when it comes to the sport. The famous Rucker Park at 155th Street and Frederick Douglass Boulevard has been an early stomping ground for many players who went on to achieve fame in the game, and it holds a sacred status in the hearts of many basketball fans.

Named after Holcombe Rucker, a local teacher and New York City Parks Department employee who started a basketball tournament in the 1950s to keep locals occupied and off the streets, the court has since become the most famous outdoor basketball court in the world. Through his tournaments, Holcombe Rucker fought for and ensured scholarships for many of the up-and-coming talents who came to play on his court. To maintain academic focus and prepare them for college careers, he would prioritize time on the court for those who prioritized their academics. Many of the players that came through Rucker Park under Holcombe’s tutelage went on to become not only productive citizens but also, a significant number became famous players as well, whether in the NBA or as street legends.

Bob McCullough and Fred Crawford started the Rucker Tournament in honor of their mentor. The two players grew up on the playground court under Holcombe’s tutelage and went on to play at the NBA caliber. Crawford was the 26th pick in the 1964 NBA draft and went on to play for the Knicks and the Lakers. In college, McCullough was at one point the second-top scorer in the nation, averaging 36 points per game. Coming out of college, the Cincinnati Royals drafted him, and he later founded the program “Each One Teach One,” a famous distillation of the personal philosophy of Holcombe Rucker.

Speaking of the influence Holcombe Rucker had on his life, McCullough said the following in a 2005 interview with Bounce Magazine: “Rucker was my surrogate father. He changed my whole life. I went to college and was drafted into the NBA because I was a product of his guidance.”

The style of play that developed at Rucker Park during the summer tournaments was not something seen in the NBA at the time. It was fast, skillful and athletic as well as full of energy and trash talking. Of the famous players who have enjoyed games at Rucker Park, there is too many to list off, so below we’ll look at some of the biggest names who’ve paid tribute to these hallowed grounds. 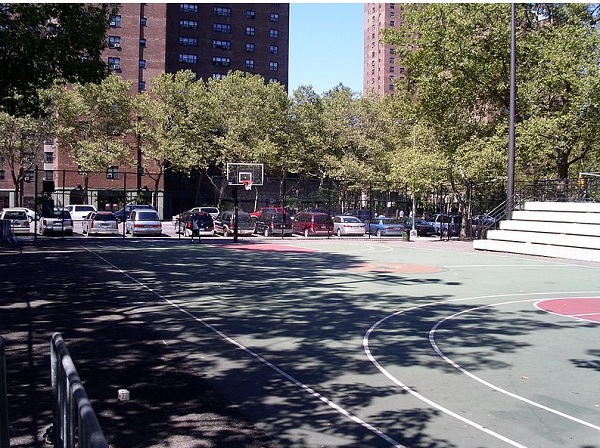 Famed for once scoring 100 points in a single NBA game, Chamberlain had a famous game at Rucker Park in the summer of 1957, shutting down a team that included NBA all-star and Rucker Park MVP Cal Ramsey.

Erving played in the Rucker Park League back in the 1970s before the days of the nickname “Dr. J” and set the bar for many of the young, up-and-coming players. Said to have brought in the greatest crowds ever seen at Rucker Park, Erving earned several nicknames during his time on the court, including “Little Hawk,” “The Claw” and “Black Moses.” However, he eventually told the crowds that if they wanted to call him anything, it should be “the Doctor,” thus reducing to his current nickname “Dr. J.”

Lakers legend Kareem Abdul-Jabbar, widely acknowledged as one of the greatest players of all time, would regularly hone his skills at Rucker Park during his high school years. A 19-time NBA All-Star, Abdul-Jabbar, formerly known as Lew Alcindor during his street playing days, is no doubt among the most famous basketball players produced by New York, and despite going off to California to play for the Lakers, he retains a sense of pride for growing up in Harlem. Abdul-Jabbar’s most famous visit to Rucker Park was in a matchup against another NBA legend Earl “Black Jesus” Monroe, which he has credited as the toughest game he has ever played on the court.

The Lakers under LeBron have been having a good run this season despite the loss to rival the Clippers earlier in March, a defeat widely predicted on sporting-odds sites like Oddschecker. James’s pilgrimage to Rucker Park in 2003 is more of a triple whammy. The NBA great was to play on Jay-Z’s S. Carter squad in a pickup game that would have made history, facing off against Fat Joe’s team, which included the likes of Shaquille O’Neal, Carmelo Anthony and Yao Ming. Before the tip-off, however, a blackout rocked New York City, and the game was over before it ever started.

Fresh from his 3rd-straight NBA championship win with the Lakers, Bryant took to the court back in 2002 and put on a show for onlookers, although the game, unfortunately, had to end early in the second half because of hard rain. Speaking of the game to InsideHoops.com, Bryant said: “The atmosphere was cool, it took me back to playing in Philadelphia, playing on the parks.”

The Boston Celtics star showed his appreciation of Rucker Park by showing up unannounced at a game featuring five-star recruit Cole Anthony last summer. He has visited at other times, too, admitting to having played for only a few minutes, alongside Tyreke Evans on a random Saturday afternoon. 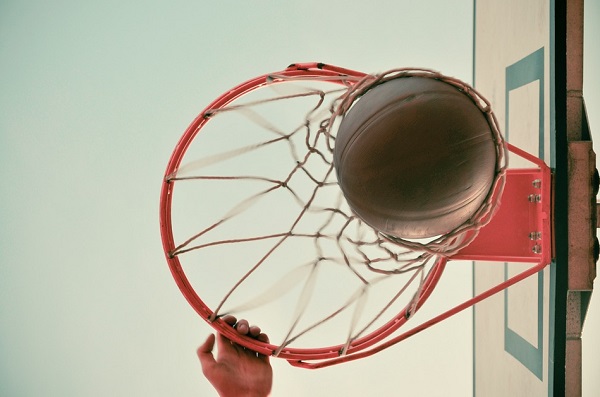 The influence that the Rucker Park games has had on basketball, and the overall culture nationwide, one cannot understate. A recent documentary on Netflix, “#Rucker 50” even ties the history of Rucker Park and the Rucker tournaments to the civil rights movement as it happened in New York. Rucker Park’s now iconic status means it has become something of a tourist attraction and a pilgrimage site, drawing fans worldwide to either watch or participate in games, often to pay homage to one of the founding sites of modern basketball. The Rucker Tournament held every summer still draws large crowds and high-level play and is worth taking a trip down to see.

Photo credit: 1) Rucker Park sign by Buggolo / CC BY 2.0. 2) The park helped develop some of the biggest names in the NBA Photo by Stefano Brivio. 3) The playground park draws fans from all over the world Photo by Free-Photos / Pixabay.