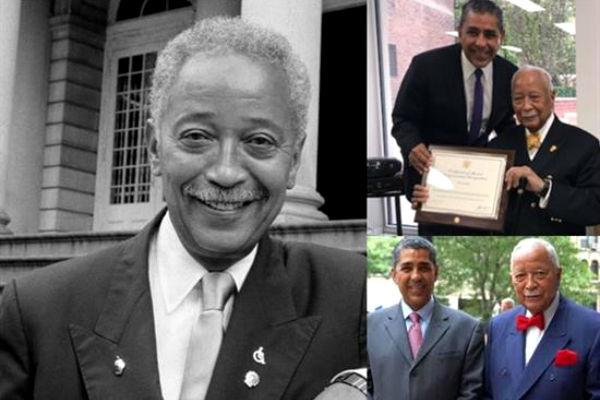 *Below are remarks by Rep. Espaillat as prepared for delivery:

“I rise today to honor the life of a great New Yorker. Words truly cannot express my thoughts and heartfelt sorrow following the passing of my dear friend and mentor, Mayor David Dinkins. I stand on the shoulders of political giants and trailblazers in American history – and Mayor David Dinkins was a giant.

“Harlem lost one of its native sons – and the nation lost an icon.

“Mayor Dinkins always fought for the little guy; and, he brought a wind of transformative, progressive change to New York City and beyond during his decades of public service.

“As the first and only African American to ever hold the office of New York City Mayor, Dinkins made a remarkable and long-lasting positive change in the city and his influence continues still today.

“Mayor Dinkins’ dedication to public service over the last 50 years from his early days in Harlem to his time in the New York State Assembly has played a tremendous role in shaping our city.

“Over his tenure as a public servant, Mayor Dinkins marked numerous successes and accomplishments: lowering New York City’s crime rate, increasing the size of the City’s Police Department, and cleaning up Times Square to name a few – Mayor Dinkins touched the lives of every NYC resident and continues to serve as an inspiration for each of us and we will forever remember his life and legacy, and the path he blazed for each of us.

“May he Rest In Peace; and may his legacy forever be cherished and never forgotten.”

He is also chairman of the CHC Task Force for Transportation, Infrastructure and Housing.