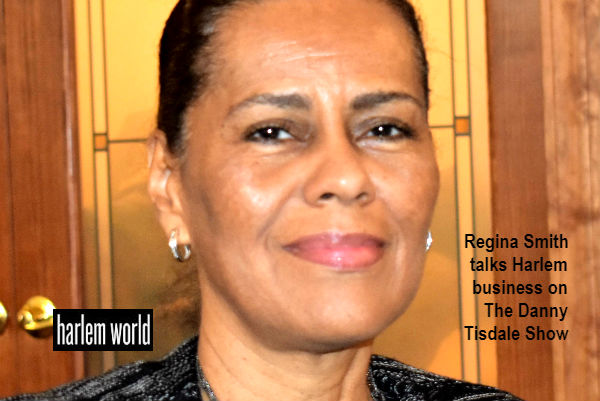 In honor of Women’s History month, life long resident of Harlem, Regina Lynn Smith has always been deeply committed to community empowerment having been raised in a politically active household. She advocated in 1980 for homeownership through the acquisition of city-owned brownstones for Harlemites. Along with concerned residents Ms. Smith founded Harlem P.R.I.D.E. to combat the siting of a correctional facility in a landmark neighborhood. She ran for City Council and also for the Community School Board where she was twice elected with the highest plurality.

Ms. Smith served as a member of the Consortium on African American Education, the African American Leadership Summit and the Coalition for Excellence in Black Education. She also served on the boards of Operation Open City, the Harlem Red Cross, the Harlem Education Roundtable and WE ACT for Environmental Justice.

Ms. Smith attended the Wharton School at the University of Pennsylvania and Columbia Business School. She has a daughter who is also a Wharton School of Business graduate.