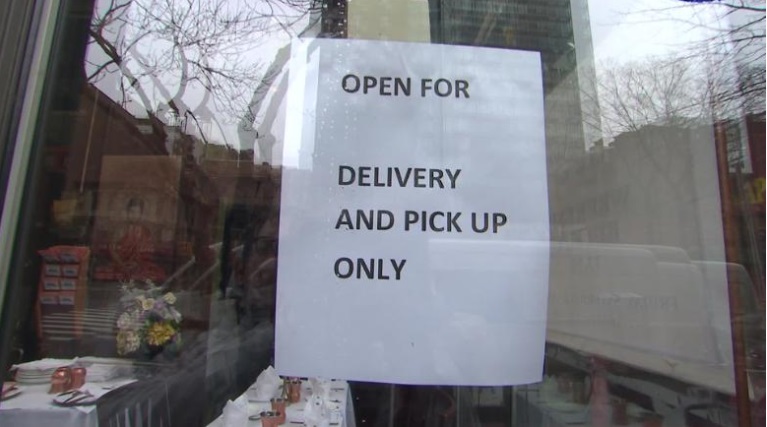 This past week has been the toughest of my career, as I’m sure is true for many of you. My city, New York, is under siege by this cruel and relentless virus. Most of my restaurants are now closed, other than the few mostly serving limited takeout and delivery. Millions of people in my industry are suddenly out of work, and no one knows when — or whether — relief will come.

I am a chef by training, and certainly not a policy expert, but I can share insights from three unique vantage points:

Let’s start with the first point. During this crisis, we need to be especially concerned about our nation’s food-insecure population — and think about nutrition the same way we think about health care. Food is as vital a resource as medicine. It’s clear that this virus is going to have a devastating impact on urban communities like mine. We have to ensure we’re not compounding that with the unnecessary deaths of our food-insecure neighbors.

For the past five years, through our Harlem EatUp! festival, we’ve partnered with Citymeals, which was already serving weekend, holiday and emergency meals to more than 18,000 homebound residents of Harlem and beyond, and now face a rapid increase in demand. Having joined on these meal deliveries with my friend and Citymeals board co-President Daniel Boulud, I can tell you that the recipients literally will not survive without those services.

We know the ranks of the food-insecure will grow exponentially in the weeks and months ahead. That’s why we’ve partnered with organizations such as José Andres’ World Central Kitchen to turn our restaurants into community kitchens.

But non-profits and restaurateurs can’t do this work alone. We need federal, state and local governments to support these efforts, in the same way they’re ramping up medical systems. My peers across the restaurant industry are clamoring for ways to help — and we need federal and local guidelines as well as funding to ensure our help is delivered safely, legally and effectively. All levels of government must step up, not just with money but with strategic assistance and direction.

To the second point: As a business owner with restaurants in eight different countries, I’m in the heartbreaking position of seeing thousands of employees forced to go on unemployment across the globe. In the United States, however, the benefits are far too low and don’t last nearly long enough. The American unemployment system is built to “tide you over” while you quickly find another job — it’s not designed to support you if no jobs are available because your industry no longer exists.

In this time of crisis, the federal government should immediately act to double the unemployment benefit for every affected American, extending the term from a length of varying weeks (most states offer 26 but some offer more or much less) to a standard of 200+ days (which, by the way, is what Sweden covers). Benefits should also be expanded to cover unemployed workers’ health coverage, be it COBRA payments or premiums. We must begin decoupling health care from our jobs — especially now that many of those jobs don’t exist.

Finally, we now have critical industries asking low-paid workers to continue working under dangerous circumstances. Not just our heroic health workers and first responders, but also the tireless grocery workers, the restaurant workers still handling takeout and delivery, the truck drivers hauling produce and countless others in the food industry. Without these critical links, our supply chain would fall apart, and the nation’s food system would collapse.

For this reason, the federal government must step in to protect our vulnerable food industry workers, by providing safety equipment, setting guidelines to ensure a safe and healthy work environment, and, most of all, by matching (i.e. doubling) wages to give our critical workers the financial support they desperately need and deserve. That family-run corner deli on my block? They don’t make a lot of money, but they’re a vital lifeline for our community — and in neighborhoods like ours, their value is a hundred times what they’re earning.

As you may have noticed, most of my proposed solutions call for more government action. That’s partly because I grew up in Sweden, where I learned the value of a government that offers help directly to its citizens — through smart, sustainable, sensible state-run programs — not just indirectly through banks and corporations, or relying on charities and non-governmental organizations to step in and fill the void. I chose long ago to become a US citizen and love this country dearly. But I can’t wonder how things might work if the wealthiest, most technologically advanced country in the world were a little more like Sweden.

The fact is, the same old fixes won’t work this time, if they ever really did. There’s no point in offering a restaurant a no-interest small-business loan when the restaurant industry may not survive in the first place. We need seismic change, and we need it right now. I know our politicians are working through the weekend to formulate another stimulus plan. Let’s make sure they don’t leave out the most important ingredient — helping the people who are truly in need.

Join me in reaching out to your elected officials to demand action. You can find them here.

Editors Note: Marcus Samuelsson (@MarcusCooks) is the chef at Red Rooster Harlem, MARCUS Montreal and Marcus B&P. He is the author of multiple books, including “Yes, Chef” and “The Red Rooster Cookbook: The Story of Food and Hustle in Harlem

,” his audio project with Audible. The views expressed here are the author’s.