Oh Yeah, The Russian Invasion Of Ukraine May Have A Huge Impact On Food Prices In The U.S. 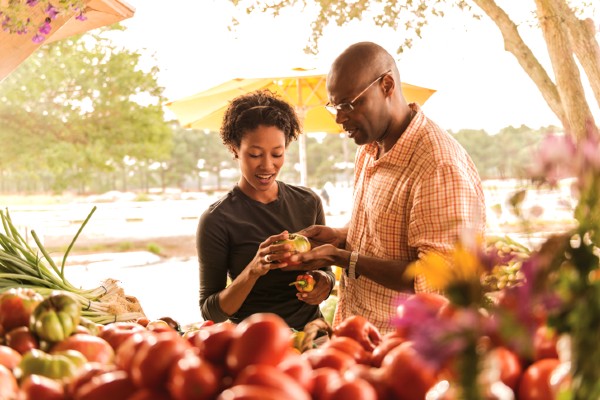 It’s not something the average grocery shopper would think about, but there’s a connection between what’s going on in Ukraine and the price increases Americans will likely pay in the near future. According to FoodDive, key food commodity prices hit their highest point in nearly a decade after Russia began its invasion into Ukraine on Thursday.

Those two countries have a lot of the essential ingredients that power the things Americans eat.

Combined, Russia and Ukraine produced 80% of the exports of sunflower seed oil – one of the most used oils at restaurants and at home – 29% of global wheat production, and 19% of corn.

Russia could also hold farmers hostage to a certain degree because it’s one of the largest exporters of nitrogen products that are used to fertilize crops.

Where things are headed

In laying out several scenarios on how the conflict could play out, Rabobank – a Dutch multinational banking and financial services company that focuses on food and agribusiness – projected a 30% rise in wheat prices and a 20% in corn prices if an all-out war develops.

The company says things could be made even worse in a scenario that combines effective sanctions with war.

Russian wheat and barley have also been 2/3 exported this season, but Russia and Ukraine account for 30% of world wheat exports, which would drive global prices up 30% if removed,…

“Russian wheat and barley have also been 2/3 exported this season, but Russia and Ukraine account for 30% of world wheat exports, which would drive global prices up 30% if removed,” Rabobank analysts said.

If that scenario is still in place by July, when harvesting of the next crop begins, it would cut deeply into global grain availability. At that point, the price of wheat would then double and corn costs would rise by 30%.

Rabobank said vegetable oil prices would also most likely go up 20% in that scenario.

The Consumer Price Index for cookies, cakes, cupcakes, and bread has already risen 6% year-over-year, and the prices on those products could go even higher if the conflict between Russia and Ukraine becomes more protracted.

“For food manufacturers that rely on wheat and flour as key ingredients, the Ukraine conflict is yet another element for them to weigh as they attempt to control price increases,” FoodDive noted.

When one analyst asked CEO Daniel Servitje of Grupo Bimbo – the owner of Sara Lee and Thomas’ English muffins, which has plants in both Russia and Ukraine – if he would have to raise the prices on those products, he said the impact would depend on how long a conflict lasts.

“We’re hedged for some months ahead, but not necessarily for the full year,” Servitje said.

Grupo Bimbo CFO Diego Gaxiola added that the company finished out 2021 with hedges covering about 70% of its commodity needs for the full year reports Consumer Affairs.

Grupo Bimbo CFO Diego Gaxiola added that the company finished out 2021 with hedges covering about 70% of its commodity needs for the full year reports Consumer Affairs.

“Now this doesn’t mean that we will not see any impact, because at the end we will continue to do the hedging strategy,” he said. “And as wheat goes up, we will start to face inflation, probably more an additional inflation, towards the end of the year and 2023.”