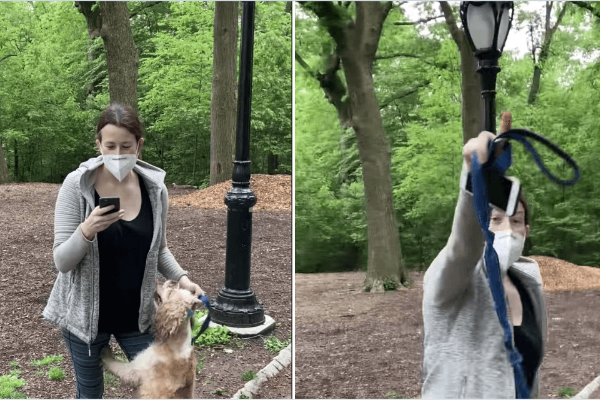 The NYC Commission on Human Rights is announcing an investigation on behalf of the City into an incident involving Amy Cooper, following video footage of Ms. Cooper calling the police on Christian Cooper (no relation to Ms. Cooper).

Christian Cooper is a Black man birdwatching in the park, claiming Mr. Cooper was threatening her life. The available footage of the incident, however, shows no evidence of Mr. Cooper threatening or approaching Ms. Cooper.

“At a time when the devastating impacts of racism in Black communities have been made so painfully clear—from racial disparities in COVID-19 outcomes, to harassment of essential workers on the frontlines—it is appalling to see these types of ugly threats directed at one New Yorker by another,” said Sapna V. Raj, Deputy Commissioner of the Law Enforcement Bureau at the NYC Commission on Human Rights. “Efforts to intimidate Black people by threatening to call law enforcement draw on a long, violent and painful history, and they are unacceptable. We encourage Ms. Cooper to cooperate with the Commission and meaningfully engage in a process to address the harm that she has caused.”

The Commission learned of the incident after a video, recorded by the victim, went viral on social media. The incident occurred in the Central Park Ramble on or around May 25, 2020, when the victim requested that Ms. Cooper leash her dog in accordance with the regulations for the area. The Commission has issued a letter of inquiry to Ms. Cooper requesting her cooperation in a pre-complaint intervention.

Harem Brian Benjamin stated in Westside Rag, “I am deeply concerned by the video footage of a woman in Central Park calling 911 on a man for asking her to leash her dog in accordance with park policies. It is frightening that this incident happened just blocks from where many of my constituents live and that this woman was so willing to fabricate a story despite being filmed. I worry that if she had not been filmed this woman may have been given the benefit of the doubt, and that this man could have faced serious, perhaps life-threatening consequences if the police had arrived.

Related:  The COVID Crisis: Summer Could Affect Your Risk Of Catching COVID-19

I have introduced a bill in the N.Y. Senate today to add falsely reporting an incident to the list of hate crime eligible offenses. We need to send a message loud and clear that if you falsely put someone’s life at risk you will end up facing very serious consequences.

I will be in Albany this week presiding over the Senate, and I will be working closely with Assembly Sponsor Felix Ortiz to ensure this bill is a priority.”

New York City is home to one of the strongest anti-discrimination and anti-harassment laws in the nation, the NYC Human Rights Law, which prohibits discrimination and harassment in housing, employment, and in all public places. Under the NYC Human Rights Law, it is also illegal to engage in discriminatory harassment to harm, or threaten to harm, someone based solely on their race, national origin, ethnicity, or any other protected category.

The Commission has the authority to fine violators of the law and can award compensatory damages to victims, including emotional distress damages and other benefits. The Commission can also order trainings on the NYC Human Rights Law, changes to policies, and develop restorative justice relief such as community service and mediated apologies, in lieu of or in addition to fines and monetary relief.

The Commission is committed to fighting anti-Black racism and all forms of racial discrimination. In 2019, after a spate of incidents of Black people facing harassment and calls to law enforcement while doing everyday activities, the Commission launched its “While Black” campaign, which affirmed the rights of all Black New Yorkers to live their lives free of bias, and provided information on how to report discrimination. In the last year, the Commission has announced innovative settlement agreements with individuals and entities that have engaged in racially discriminatory policies targeting Black people in the workplace or marketed anti-Black iconography.

Related:  Legislators Rally To Crack Down On Price Gouging After NY Declares "State Of Emergency" Due To COVID-19

If you believe you are the victim of discriminatory harassment or discrimination in housing, employment, or public accommodations in violation of the NYC Human Rights Law, call the Commission’s Infoline at 212-416-0197. Reports may also be filed anonymously and submitted on the Commission’s website.