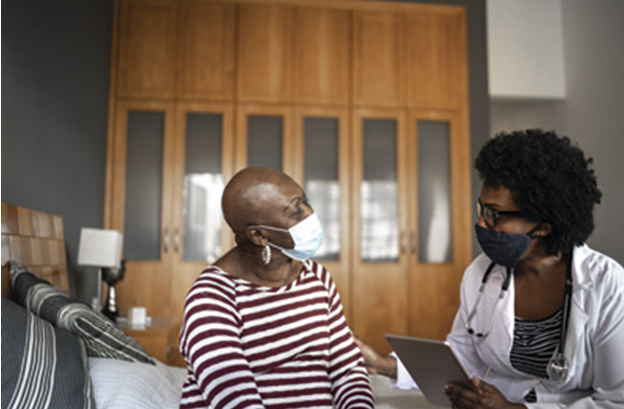 Coronavirus cases in U.S. nursing homes recently surged to an all-time high, according to a report from the American Health Care Association and National Center for Assisted Living (AHCA/NCAL).

An analysis of federal data showed that during the week starting July 26, nursing homes had 9,715 COVID-19 cases. The vast majority of these cases occurred in Sunbelt states, where thousands of retirees live.

The previous peak occurred in the last week of May, when there were 9,421 new cases, the report noted.

Mark Parkinson, president and CEO of the American Health Care Association and National Center for Assisted Living, said nursing home residents are particularly vulnerable to catching COVID-19 because of slow testing turnaround times, underlying health conditions, and the virus’ ability to spread quickly in settings where people are crowded together.

“Unfortunately, we’ve definitely taken a step back,” Parkinson told USA Today. He added that the most recent surge in COVID-19 cases in nursing homes comes on the heels of last month’s spread of the virus in hard-hit communities in the South and West.

“With the recent major spikes of COVID cases in many states across the country, we were very concerned this trend would lead to an increase in cases in nursing homes and, unfortunately, it has,” Parkinson said in a news release. “This is especially troubling since many nursing homes and other long-term care facilities are still unable to acquire the personal protective equipment and testing they need to fully combat this virus.”

A survey conducted by the AHCA in June found that 87 percent of nursing homes reported slow times in receiving test results. A majority of facilities said tests for staff and residents took two days or longer to return results reports Consumer Affairs.

“What we need – now more than ever – is for our government leaders and lab companies from the private sector to work together to find a solution to prioritize and expedite the processing of tests for nursing home residents and caregivers,” Parkinson said.