Nooo, Burger King Takes Its Whopper Off The Value Meal Menu From Harlem To Hollywood 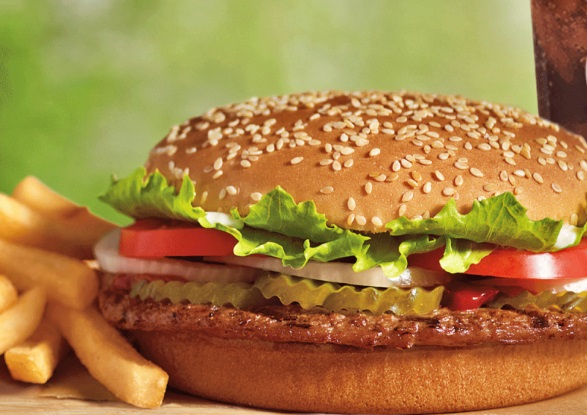 With a number of Burger King in Harlem, Burger King says it’s taking the two-for-$5 Whopper deal off its discount menu and raising prices in an effort to offset higher costs.

As the chain’s chief consumer icon, the Whopper’s price history over the years has gone from 37 cents to around $4.25.

As the chain’s chief consumer icon, the Whopper’s price history over the years has gone from 37 cents to around $4.25.

Burger King’s Whopper had apparently run its course as a discount menu item. The item had “been on this core discount platform for too long,” Restaurant Brands Chief Executive Officer Jose Cil told Reuters in an interview.

However, he hedged that statement by predicting that good deals on Whoppers would return from time to time.

The fast-food chain said it also would stop selling less popular menu items like chocolate milk, sundaes, and small beverages that are intended for kids.

The Whopper won’t be the last menu item headed for the guillotine. Tom Curtis, president of Burger King’s North America operations, said in an interview that the company has a second – and larger – “wave” of menu cuts planned.

According to Restaurant Business Online, one of those items might be the chicken sandwich. When the chicken wars heated up, Burger King decided it should have a piece of that action, but its sandwich didn’t find as much success as some of its competitors’ offerings.

Curtis said it’s possible that a menu switch might be in the works – one that “celebrates our original chicken sandwich, and offers a fun new approach to our unique fan-favorite Chicken Fries.”

Burger King isn’t the only one raising prices

Burger King isn’t the only one feeling the pinch brought about by rising labor costs, shipping price increases, and spikes in the cost of ingredients like chicken.

Taco Bell already raised prices 10%, and Dunkin’ hiked its own prices by 8%.

McDonald’s is also expected to raise menu prices this year. Taco Bell already raised prices 10%, and Dunkin’ hiked its own prices by 8%. Chick-fil-A took a slightly different approach; instead of raising menu prices, the company reportedly reduced the size of its food.

The chain has also been accused of raising prices on delivery items to try padding its bottom line reports Consumer Affairs.