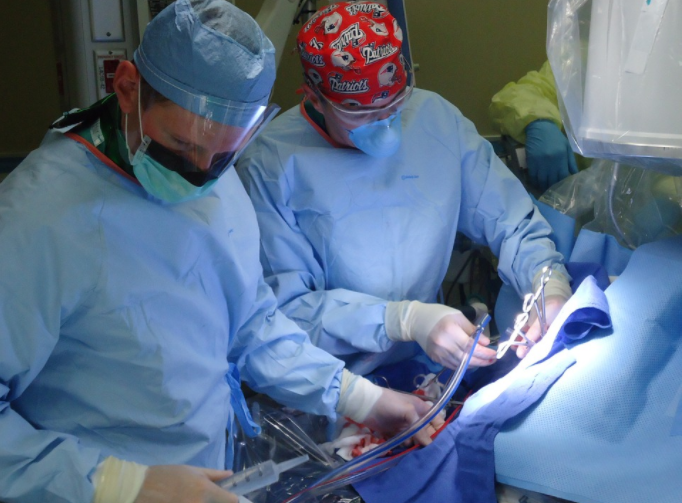 The bill would reimburse kidney donors for non-medical costs associated with surgery such as wage reimbursement — the median costs are as high as $4,000. If it increases living donations in New York by 20% (which is what a similar policy accomplished in New Zealand), that would mean over 100 additional donations per year.

“New York must do more to encourage and support life-saving living organ donation,” said Carl Heastie, Speaker of the New York State Assembly. “We rank abysmally low compared to the rest of the country, and I am proud to see this legislation passed by the Legislature to help ensure that we are doing everything in our power to save lives of individuals on transplant waiting lists.”

The bill received a wide range of support from advocacy groups like Save Lives Now New York, Waitlist Zero, the National Kidney Foundation, LiveOn NY, and the National Kidney Donation Organization, and its passage in the Assembly received widespread praise. “The New York State Senate and Assembly have done what New Yorkers are known to do by unanimously passing this bill. They were willing to step up and do their part to save the lives of New Yorkers,” said Michael Lollo, President of the National Kidney Donation Organization and a former NYPD detective. “I am hopeful that Governor Hochul will do the same by signing this bill into law.”

“I’m so proud that the Living Donor Support Act passed unanimously through both the Senate and the Assembly. We have an opportunity to thank living donors for their life-saving tribute by covering the costs they incur during the process,” said Senator Gustavo Rivera, Senate Health Committee Chair and Living Donor Support Act sponsor. “I’m sure Governor Hochul shares this gratitude to New York’s living donors and will sign this bill into law.”

“New York faces an organ shortage for transplants. We should support and protect those who choose to be living donor by making sure they are covered for health care costs and lost wages,” said Assemblymember Richard Gottfried, Assembly Health Committee Chair and Living Donor Support Act sponsor. “I’m delighted this life-saving bill has passed both houses. I thank the organ donation advocates, Speaker Heastie, and Senate sponsor Gustavo Rivera for their efforts moving this forward, and urge Governor Hochul to sign the bill into law.”

“This moment has been five years in the making. I commend the New York legislature for taking a major step toward making New York the first state in the country to properly support living organ donors,” said Josh Morrison, kidney donor and founder of Waitlist Zero.

As a co-sponsor of the NYS Living Donor Support Act and a longtime champion for improving rates of organ donation, this week’s passage in both houses is worthy of celebration. By incentivizing prospective donors with the commitment of financial support during/after their procedures, we’ll be saving countless lives currently stuck in limbo on the donor waitlist. I applaud my legislative colleagues for advancing this important and literally life-saving measure.

LiveOnNY commends the New York State Senate and Assembly for passing the Living Donor Support Act. Selfless New Yorkers who are willing to donate one of their healthy kidneys to save a life are organ donor heroes who deserve our respect and support. I know this important legislation will go a long way toward saving the lives of the nearly 9,000 New Yorkers currently on the waiting list for a life-saving organ.

On behalf of the National Kidney Foundation serving Greater New York and the patients we support, I want to thank our representatives in Albany for unanimously passing the Living Donor Support Act, which removes a significant barrier to giving the gift of life through organ donation.

This important legislation will encourage and support those who come forward selflessly as live donors for patients in need of a life saving transplant. I am ecstatic that the NYS legislature recognized the importance of living donation by providing concrete economic support for these heroes.

Dr. Milan Kinkhabwala, chief of the division of transplantation at Montefiore Medical Center

I’m incredibly proud of this community in New York State. Everyone — from the National Kidney Foundation, to Waitlist Zero, to Elaine herself, and beyond — has made life better for New Yorkers, one step at a time. This is one of the first major bills in the United States supporting living donors to this extent, and The Youth Coalition for Organ Donation is proud to support this bipartisan effort.

The time is now to eliminate financial barriers to life-saving living kidney donation. No donor should have to choose between saving a life or paying for rent.

Let’s have New York State lead the way for the rest of the country and treat donors as the humanitarian and public servants they are by passing the Living Donor Support Act.

Amazing and overjoyed! I am very happy!

The unanimous passage of the Living Donor Support Act by both the New York State Assembly and Senate signifies that no one wants donors to face debt when they give the gift of life. Governor Hochul will hopefully join the effort by signing the bill into law and dissolving a major barrier to organ donation. If passed, New York will be the first state in the nation to offer these protections to living donors. Other states will surely follow our trailblazing path to save more lives.

I would like to thank Health Committee Chairs Gustavo Rivera and Richard Gottfried for their unwavering support of the Living Donor Support Act, as well as all the legislators who joined us in passing this landmark legislation that will literally save lives in New York.