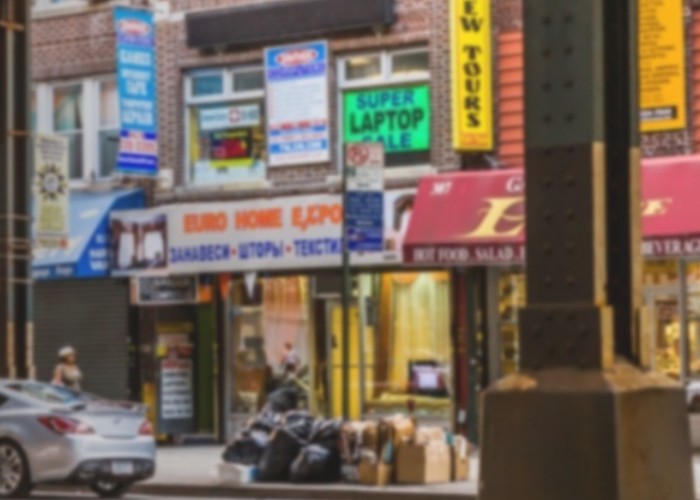 Yesterday, The New York State Office of Cannabis Management (OCM) released a public service advertisement that debuted during game one of the NBA Finals.

The ad is calling attention to the state’s goals of creating a diverse and inclusive industry and repairing harm done during cannabis prohibition.

New York State has already expunged or suppressed almost 400,000 convictions for cannabis offenses and the OCM has launched a national model for prioritizing applicants impacted by the enforcement of cannabis prohibition through its Seeding Opportunity Initiative.

Announced by Governor Hochul on March 10, 2022, the Initiative positions successful businesses owners with a cannabis conviction, or their family members, to be the first to make adult-use cannabis retail sales in New York with products grown by New York farmers.

The Marijuana Regulation and Taxation Act (MRTA), New York’s Cannabis Law, enacted March 31, 2021, sets a goal of delivering 50% of licenses to equity applicants, a group that includes individuals from communities highly impacted by the over-criminalization of cannabis prohibition, including those with cannabis convictions, as well businesses owned by minorities and women, service-disabled veterans, and distressed farmers.

The law was built on the premise that the racial disparity in enforcement caused significant harms to these communities and those who call them home.

The MRTA prioritizes addressing the harms of disparate arrests and generates resources to help revitalize communities hit hardest by the disproportionate enforcement of cannabis prohibition.

The advertisement released yesterday is the first cannabis-related advertisement in the nation focusing on the disproportionate enforcement of cannabis prohibition to appear on broadcast television.

It highlights the wide disparity in arrest rates for cannabis offenses for Black, Brown, and White New Yorkers during the 30 years prior to cannabis legalization.

Despite these disparities, data has shown that cannabis use among different races is essentially the same.

The data points are based on New York State arrest data from 1990-2020 and population data from the U.S. Department of Health and Human Services, Centers for Disease Control and Prevention, National Center for Health Statistics.

“An understanding of our past – even when it is difficult – helps direct the way forward and the public service advertisement we’re debuting today during the NBA Finals speaks to that,” said Cannabis Control Board Chair Tremaine Wright.  “Through this advertisement, we will shine a light on the disparity in enforcement and arrests that harmed Black and Brown communities across New York. We’re raising awareness of New Yorkers around this critical issue and educating them on the Cannabis Law’s mandate that we prioritize the work to address those harms and invest in revitalizing our hardest-hit communities.”

“I have spent my career fighting to reform our criminal justice system and to end cannabis prohibition and the hyper-criminalization of Black and Brown New Yorkers,” said OCM Executive Director Chris Alexander. “This public service advertisement will help ensure all New Yorkers are aware of the history here and understand the importance of the steps we are taking to achieve the goals of the MRTA and deliver real opportunity to those who otherwise would have been left behind and left out.”

“Advancing accountability for the decades-long racist marijuana arrest crusade in New York puts another nail in the coffin of the war on drugs that has devastated so many communities across the state,” said Melissa Moore, Drug Policy Alliance Director of Civil Systems Reform. “By comprehensively acknowledging the harms of past criminalization and the way specific communities of color were targeted despite similar rates of use across racial and ethnic groups, this public service announcement underscores the necessity of New York’s social equity efforts and the vital restitution to impacted communities under the Marijuana Regulation and Taxation Act. There is no way to truly make whole every person and community targeted by New York’s unjust drug war, but reckoning with our past in order to shape a new future is fundamentally crucial, and we applaud the Office of Cannabis Management’s efforts to educate New Yorkers as we move into a new, just, and equitable era.”

“Government has a responsibility to address its actions, past, present and future, and with this advertisement, New York State is taking ownership of a conflicted past and showing how it’s working to find a more just and equitable path forward,” said Brendan Cox, Director of Policing Strategies at Law Enforcement Assisted Diversion National Support Bureau. “Other states should take notice of how New York is working with the public to build an understanding of the goals it’s trying to achieve through the new cannabis industry it’s building.”

The advertisement, available in English and Spanish, is airing statewide on television, radio, social media, and digital streaming services and debuted on ABC stations during the NBA Finals, though in New York City the local affiliate, WABC, did not run the ad during game one.

It is the last to be released as part of “Cannabis Conversations,” New York State’s first public health and information campaign on cannabis.

The campaign launched April 4, 2022, and has been informing New Yorkers on the state’s Cannabis Law and its health impacts, including the dangers of impaired driving, the risks of youth cannabis use, how to safely store cannabis in your home, and how to respectfully consume cannabis in public.

Misdemeanor and felony marijuana arrest data by race/ethnicity and county from 1990 to 2020, and notes about the data, are available on the OCM website here.