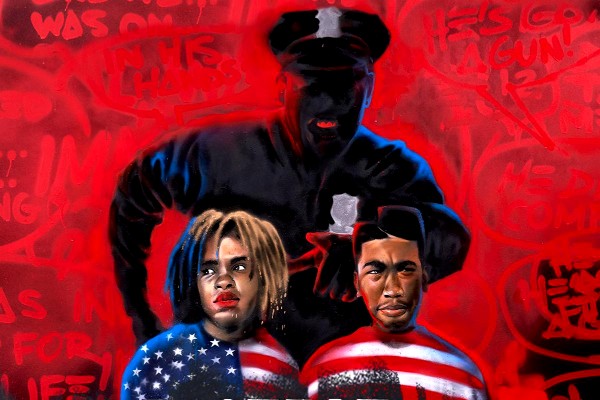 Bounce, the first broadcast and multi-platform entertainment network serving African Americans, will explore the topic of policing and the Black community with the world premiere.

“Protect or Neglect” looks at decades of turmoil between the Black community and police officers. With interviews from brutality survivors, academics, civil rights attorneys, former police staff and entertainment luminaries, the special looks to address the age-old question: “Who guards the guardians?”

“The deaths of Sandra Bland, Tamir Rice, Trayvon Martin, Breanna Taylor, George Floyd and too many others have drawn worldwide attention, and the powerful voice of the Black Lives Matter movement has sparked a global conversation on the subject of the treatment and value of Black people in America,” said Bounce general manager Cheryle Harrison. “Bounce plays an important role in the Black community, and ‘Protect or Neglect’ was produced to amplify this discussion and let voices be heard.”

Cedric The Entertainer talks openly with his daughter about the emotional toll she deals with watching people who look like her die at the hands and knees of police officers who took an oath to protect.

Dorsey questions the behavior displayed repeatedly towards the Black community by police officers, which, she said, will only end when those officers take responsibility for their actions and are held accountable. When it comes to the police, USC Law Professor Jody Armor vehemently recounts an experience he calls the “Black tax” – a common theme shared by the voices in the documentary.

Abrams, a former candidate for Georgia governor, shares her story of not being let into her own graduation celebration. “It’s not a figment of our imagination,” she says. Jones comments on crimes committed by police officers, while LaRay offers, “I think too many people still don’t acknowledge that abuse exists. …We have to have law enforcement that are willing to not keep this wall of silence.”

According to a Pew Research Center study, nearly 92% of white officers surveyed believe Black people in the U.S. have equal rights, compared to only 29% of Black officers.

According to a Pew Research Center study, nearly 92% of white officers surveyed believe Black people in the U.S. have equal rights, compared to only 29% of Black officers. The documentary asks the question: “How much longer must the Black community go on feeling neglected?”

Bounce (@bouncetv) programming is seen over-the-air, on cable, on DISH channel 359, over-the-top on Roku®, on mobile devices via the Bounce and Brown Sugar apps, and on the web via BounceTV.com. Bounce features a programming mix of original series, docuseries and movies, off-network series, theatrical motion pictures, specials, live sports and events, and more. Bounce is part of The E.W. Scripps Company.