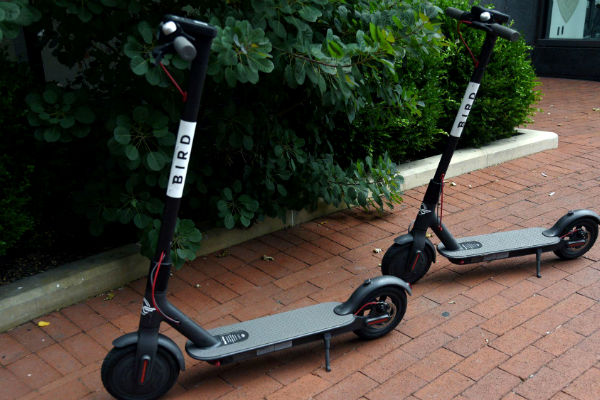 According to a recent study conducted by researchers from Rutgers University, lax regulations regarding adults wearing helmets while on board an electric scooter have led to a dramatic increase in head and face injuries over the last 10 years.

Staying safe on the roads

To track the safety of motorized scooters, the researchers examined data from the Consumer Product Safety Commission’s National Electronic Injury Surveillance system between 2008 and 2017.

Based on 100 hospitals across the country that contribute to the dataset, experts are able to create national estimates based on their findings.

In this study, nearly 1,000 people were treated for a head or face injury sustained while on a motorized scooter, which experts approximated to about 32,000 people who were similarly injured on a national scale.

Helmet use was rare among those who were injured, though older scooter riders were more likely to don the safety gear. While the youngest demographic was less than 20 percent likely to wear a helmet, nearly 70 percent of those in the oldest age group practiced safety measures by wearing a helmet.

Of those most likely to experience a head injury while riding a motorized scooter, the researchers noted that men out-injured women and adults out-injured children.

While just 33 percent of all head injuries were incurred by children aged six through 12, men between the ages of 19 and 65 were most likely to land in the emergency room after an electric scooter accident.

The researchers explained that lenient helmet-wearing regulations are most likely to blame for the recent increase in these kinds of injuries, and lawmakers should get stricter when it comes to consumers’ safety.

“The United States should standardize electric scooter laws and license requirements should be considered to decrease the risky behaviors associated with motorized scooter use,” said Bresler. “In 2000, Italy implemented a law mandating helmet use for all types of recreational scooter drivers — legislation that reduced head trauma in scooter riders from about 27 out of 10,000 people before the law passed to about 9 out of 10,000 people afterward.”

Dangers on the road

With companies like Uber and Lyft now offering customers easy access to electric scooters, it should come as no surprise that accidents are increasing.

Experts have noticed more and more consumers landing in the hospital with injuries ranging from concussions, broken bones, and internal bleeding.

“What I think bothers a lot of us as trauma surgeons is that we’re seeing injuries that are completely against decades of injury prevention — alcohol intoxication, no helmets, people that don’t know how to ride these vehicles in the first place,” Dr. Vishal Bansal, Chief of Trauma Surgery at San Diego’s Scripps Mercy Hospital, told 10News, an ABC affiliate in San Diego.

Editors’ Note: Instead of being the quality control for their residents, from Harlem to Hollywood governments have given these companies the green light, they’ve turned their heads the other way or they’ve done both.