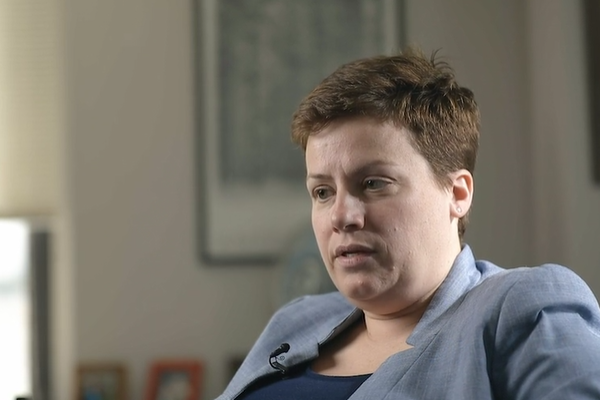 Campion served as commissioner in the previous administration and is the first woman to lead the office. A 20-year veteran of OLR, Campion will continue to represent the mayor in labor relations and advise the mayor on citywide policies governing labor relations.

“Renee Campion has spent her career negotiating labor agreements, and there is no one more qualified to lead the Office of Labor Relations in this new administration,” said Mayor Adams. “She has a proven record of negotiating fair and equitable agreements with our workforce, and I am proud to appoint someone who knows so well how to balance the interests of New York City’s taxpayers with those of our city employees.”

“Renee Campion has a demonstrated track record of negotiating resolutions that are in the best interests of the city, its residents, and its employees, and we are very pleased that she will continue to use her talents, experience, and professionalism to lead the Office of Labor Relations,” said City Hall Chief Counsel Brendan McGuire. “As commissioner, Renee will be a critical partner in working with our city’s unions to deliver real results for New Yorkers across the five boroughs.”

“I am honored to have the opportunity to continue serving the city and its employees, and it is with deep respect for our workers that I approach being a steward of the city’s labor relations,” said Commissioner Campion. “I want to thank Mayor Adams and Chief Counsel Brendan McGuire for the faith they have placed in me, and I want to thank the staff at OLR for their commitment to maintaining a respectful dynamic with the city’s unions. I am thrilled to continue our work together.”

“It is certainly good news to learn that Labor Commissioner Renee Campion will continue to serve as commissioner of Office of Labor Relations,” said Harry Nespoli, president, Uniformed Sanitationmen’s Association Teamsters Local 831, and chair, Municipal Labor Committee. “We have worked with Commissioner Campion since 2014 and have appreciated her ability to balance fiscal concerns with an understanding and appreciation for the men and women who work to make New York the greatest city on earth. I look forward to continue working with her on behalf of all New Yorkers.”

“Since her appointment in 2019, Commissioner Campion has proven to be a thoughtful, fair, and tough negotiator for the City of New York,” said Henry Garrido, executive director, District Council 37. “She has treated our union with dignity and respect, and we look forward to continuing the work we do together to ensure workers have a voice at the bargaining table.”

“Renee has worked productively with NYSNA, both to secure fair contracts for our members and to address the many challenges we have faced during COVID-19,” said Patricia Kane, executive director, New York State Nurses Association (NYSNA). “Renee treats us with respect, and we look forward to her continued leadership at the Office of Labor Relations.”

“The appointment of Renee Campion as commissioner will ensure the continuation of professional operations and standards,” said Gregory Floyd, president, Teamsters Local 237. “We look forward to continuing our working relationship.”

“We are pleased that Mayor Adams has chosen to keep Renee Campion as the commissioner of the New York City Office of Labor Relations,” said Gloria Middleton, president, Communications Workers of America Local 1180. “Having worked her way up through the ranks at OLR, she knows exactly how labor and management should be working in tandem for the benefit of all involved. In her time at OLR, Renee has proven herself to be a voice of reason. While I cannot speak for the entire labor movement, I know a great majority of unions are happy to know there will be consistency within the Office of Labor Relations going forward.”

Renee Campion has worked at the Office of Labor Relations for 20 years, serving as assistant commissioner, associate commissioner, first deputy commissioner, and, for the last three years, commissioner. As commissioner, she manages the negotiation, implementation, and enforcement of all labor contracts with the city government’s 150 collective bargaining units, representing 360,000 employees.

She also oversees the city’s health insurance plans which cover approximately 1.3 million lives, the Deferred Compensation Plan, and the Management Benefits Fund. Additionally, she is responsible for the NYC Employee Assistance Program, which provides free, confidential counseling to employees and their families and WorkWell, the city’s workplace wellness program.

Prior to her time at the Office of Labor Relations, Campion was director of Contract Administration for Doctors Council SEIU, where she negotiated union contracts on behalf of 3,300 medical doctors and dentists employed in the public and private sector.

During her time with Doctors Council, she served both as the union’s negotiator and chief of staff. Campion was also a member of the Board of Directors for the New York Committee for Occupational Safety and Health.

Campion holds a B.A in American Government from Clark University.