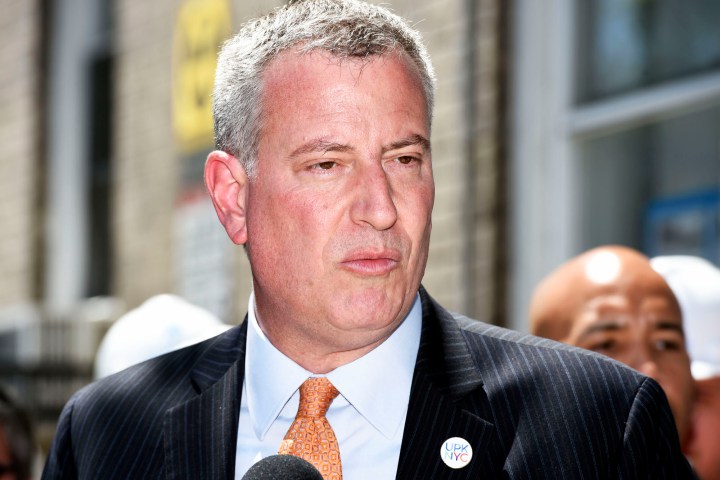 The settlement agrees to resolve violations of the New York City Paid Safe and Sick Leave Law that had previously been filed at the Office of Administrative Trials and Hearings (OATH). The settlements require the agencies to pay nearly $450,000 in restitution to more than 4,100 home health aides. These settlements also require the agencies to pay nearly $122,000 in civil penalties, identify and implement a compliance officer, train managerial staff, and post and distribute the Notice of Employee Rights to all employees.

The cases are part of DCWP’s major proactive enforcement initiative to examine the industry’s compliance with the NYC Paid Safe and Sick Leave Law, wage and hour requirements, and other workplace standards. As a result of the investigation, DCWP has now entered into settlement agreements with 32 agencies. These settlements require the agencies to pay a total of nearly $500,000 in restitution to more than 4,500 workers, pay $145,000 in civil penalties, and comply with the Law going forward.

“In New York City, we fight to protect all workers, regardless of whether they work in an office or in someone’s home,” said Mayor Bill de Blasio. “Home health care workers are vital to ensuring our loved ones are cared for, and they are equally as deserving of Paid Care Division. To any company in New York City that thinks they can get away with withholding workers’ rights and violating our laws: we will hold you accountable.”

“We want to make it clear to home care agencies across the city that lack of compliance with the law will not be tolerated,” said DCWP Commissioner Lorelei Salas. “Home care workers are vital workers who care for our loved ones, and we will continue working to ensure that this rapidly growing industry is held accountable for past violations and comes into compliance going forward. We urge any worker who believes they have been treated unjustly to reach out to us so we can take the necessary steps to help protect their rights under the Paid Safe and Sick Leave Law and connect them to other resources.”

DCWP proactively began investigating home health care agencies in 2017 to examine compliance with the New York City Paid Safe and Sick Leave Law. The investigation focused on 42 home care agencies that employ close to 30 percent of home care aides in New York City and included interviews with more than 500 workers and an extensive review of documents provided by workers and employers. The investigation uncovered widespread violations of the Law, including not allowing employees to use leave, failing to provide employees with notice of their rights, failing to carry over unused leave, and failing to maintain written sick leave policies that meet or exceed the requirements of the law.

New York City’s paid care workforce is large and continually growing. Over the past decade, the number of New Yorkers reporting paid care as their primary occupation grew from 176,000 to 202,000 an increase of 26,000 or 15 percent. This, compared to a growth of 10 percent in the overall workforce, demonstrates the expansion of the paid care workforce and shows no signs of slowing down. This number is expected to grow as analysts predict that by 2040, New York City will be home to 1.4 million seniors with 70 percent of this population requiring long-term care. DCWP’s Paid Care Division is dedicated to defending the rights of paid care workers, improving the quality of paid care jobs, and strengthening the paid care system.

Under New York City’s Paid Safe and Sick Leave Law, employers with five or more employees who work more than 80 hours per the calendar year in New York City must provide paid safe and sick leave to employees. Employers with fewer than five employees must provide unpaid safe and sick leave. Domestic workers who have worked for their employer for more than one year must be provided two days of paid sick leave, which is in addition to the three days of paid rest under the New York State Labor Law. All covered employers are required to provide their employees with the Notice of Employee Rights that includes information in English and, if available on the DCWP website, the employee’s primary language. Employers must provide the notice on the first day of an employee’s employment. Employers must have a written sick leave policy that meets or exceeds the requirements of the Law.

“Home care workers are part of our families as they care for our loved ones, and we would not stand idly by if anyone of our family members were treated unfairly in their place of work,” said Congressman Adriano Espaillat. “I applaud the Department of Consumer and Worker Protection (DWCP) for investigating claims of violations of New York City’s Paid Safe and Sick Leave Law and commend Mayor de Blasio and Commissioner Salas on efforts to secure restitution for over 4,500 home health workers. Today’s announcement is a strong testament of New York City’s commitment to protecting the rights of our vibrant and diverse workforce.”

“Enforcement is the secret sauce of lawmaking,” said Manhattan Borough President Gale A. Brewer. “And enforcement of the paid sick leave law is close to my heart since I was so close to its original passage and enactment. The Dept. of Worker and Consumer Protection deserves kudos for proactively enforcing this important worker– and public health– measure.”

“Our City’s home health aides and caregivers deserve nothing less than a living wage and the strongest protections of their labor rights. This sweeping investigation led by the City sends a clear message to bad actors that any workplace abuse or attempt to shortchange these workers is not acceptable. I thank the Mayor and Commissioner Salas for their commitment to protecting the rights of some of the most selfless workers in our city,” said Council Member Margaret S. Chin, Chair of the Committee on Aging.

“Home health aides, many of whom are immigrants and woman of color, are a critical part of our City’s labor force. They provide vital care for our relatives, friends, and neighbors and deserve to work in a field where they are protected and valued,” said Council Member Diana Ayala, Chair of the Committee on Mental Health, Disabilities, and Addictions. “I thank the Department of Consumer and Worker Protection for securing this settlement, which reinforces the message that foul labor practices will not be tolerated in our city.”

“Today’s announcement demonstrates that there are real consequences for those who violate our City’s Paid Safe and Sick Leave Law,” said Council Member I. Daneek Miller, Chair of the Committee on Civil Service and Labor Chair. “Home health aides are an essential part of our community, and upholding their dignity as valued workers enhances the standard of care they provide. Through its Civil Service and Labor Committee, the City Council will continue to work with the Administration to ensure our city’s workers are protected from abusive employers.”

“We must continue the proactive work in holding this growing industry accountable, under the landmark Paid Sick Leave Law. I’m proud of the workers who came forward and fought to secure these settlements, and I urge any others who have had their rights as employees exploited to come forward,” said Council Member Rafael Espinal, Chair of the Consumer Affairs and Business Licensing Committee. “Home health workers are no longer left to be taken advantage of, I commend the DCA in fighting against the exploitation of some of our city’s most hardworking employees.”

“Home health aides, a growing segment of the population with significant numbers of women and immigrants who provide essential services to thousands of families, must have all the protections guaranteed under the law. This settlement not only makes restitution to workers whose rights have been violated but sends a message to all that New York City will not tolerate workplace abuse,” said Council Member Debi Rose.

“We thank the de Blasio administration for going after unscrupulous home care agencies that exploit home health aides and steal their wages,” said Rona Shapiro, Executive Vice President of the Home Care Division of 1199SEIU. “Home care workers dedicate themselves to ensure that seniors and people with disabilities can remain in their homes with the support they need. Unfortunately, there are many bad actor companies in this field who flout the law and deny workers the wages, benefits and sick time they are owed. That is why home care workers continue to organize to defend their rights through their union.”

“The National Domestic Workers Alliance applauds the success of the DCWP’s proactive co-enforcement model to assure the basic right of paid safe and sick leave for paid care workers. NDWA is close partners with DCWP and the Division of Paid Care in the fight to enforce the rights of paid care workers of New York City. This settlement is proof that their proactive collaborative efforts will assure that paid care workers across the city will know they have an ally in coming forward to assert their rights. Paid care workers do some of the most important work of caring for our families and homes, and it is essential that they have real access to the earned days off to be able to care for themselves and their loved ones when they are sick. Today we see the results of what happens when a city agency becomes leaders in fighting for its most vulnerable workers,” said Marrisa Senteno, NDWA NY Co-Director.

“Violations of workers rights is still a huge problem for low-wage workers, including the caregiving workforce. Hand in Hand: The Domestic Employers Network praises the DCWP for successfully enforcing paid sick leave for home aid workers. This settlement serves as a great example that government agencies can be a key ally for the workforce and employers who want to do the right thing. Every worker should be able to care for themselves or a loved one without fear of retaliation. Agencies and domestic employers need to understand that by recognizing the rights of domestic workers everyone benefits at home,” said Tatiana Bejar, NYC Organizer for Hand in Hand: The Domestic Employers Network.