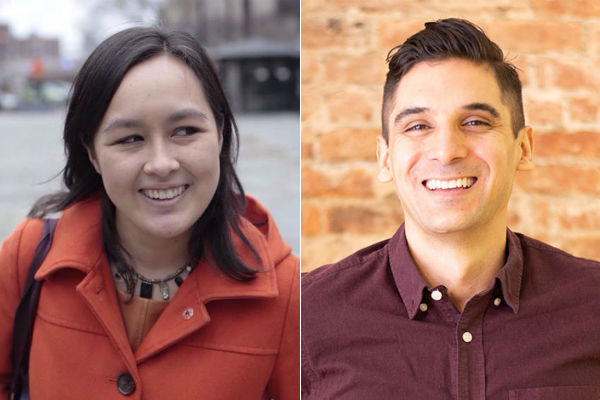 “Nobody understands city government better than Paul and Yume, and I’m excited to give them new chances to serve New Yorkers,” said Mayor Bill de Blasio. “I’m grateful for all they’ve done and will continue to do for New York City, and I look forward to working with them in building a fairer and better city.”

“Having worked with Paul for four years, I know that he will do a tremendous job. I thank the Mayor and Deputy Mayor Anglin for the opportunity to continue serving in this administration,” said Yume Kitasei, Chief of Staff to Deputy Mayor for Operations Laura Anglin.

Paul Ochoa has served in the de Blasio Administration since 2017, with a specific focus on environmental priorities such as the Green New Deal and reforming trash collection in the City.

Prior to joining the de Blasio Administration, he worked in the California State Legislature.

Ochoa immigrated to the United States from Mexico as a teenager and went on to become the first person in his family to go to college, receiving a B.A in Economics from the University of California, San Diego and a Master’s in Public Policy from the Harvard Kennedy School of Government.

Yume Kitasei has served in the de Blasio Administration since 2015. Before serving as Director of City Legislative Affairs, Kitasei served as the Deputy Chief of Staff for the First Deputy Mayor.

Prior to joining the de Blasio Administration, Kitasei was Chief of Staff to Council Member Margaret Chin. She is a graduate of Stuyvesant High School and Princeton University.