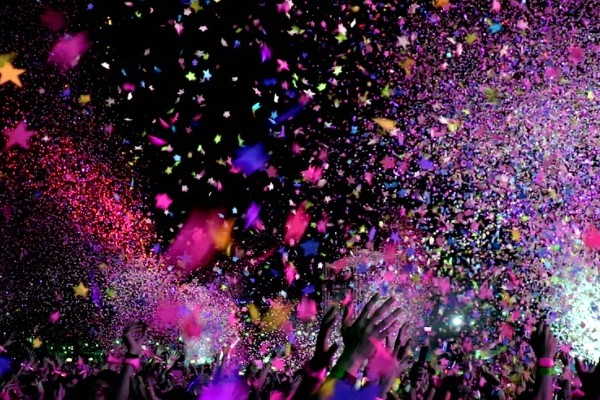 If you’re planning on a night out, you have more to do than just figure out where you’re going.

A lot can happen late at night when it’s dark and alcohol is involved. The last thing you want is to go out with your friends and wake up in the morning in jail or worse.

You have plenty of control over your safety when you go out at night, but it does require you to plan ahead. Here are a few things you can do before you go out, and while you’re out with your friends, to make sure you return home safely at the end of the night.

One of the most common causes of collisions is drunk driving. Crashes in the United States that involve drunk drivers kill nearly 30 people every single day. Driving drunk can also leave you injured, it can total your car, and it can land you in jail. None of those outcomes are what you want at the end of a fun night out with your friends.

If you don’t do anything else on this list, at least take the time to designate a driver. Make sure you do it before you go out, as it’s nearly impossible to do it while everyone is already out drinking.

If everyone wants to enjoy libations, find a different way home. Ask a friend or a family member if they would be willing to come and pick you up, call a cab, or call an Uber.

Go Out With a Buddy

Not everyone has good intentions at the bar or at that house party. You have even greater chances of running into someone with shady motives if you try and make it home by yourself. Avoid pickpockets, sleazy guys, and kidnappers by using the buddy system.

Before you go out, ask a friend if they would be willing to be your buddy for the evening. Stick by this person all night long, which means going to the bathroom together, going to the next bar together, and going home together. When you’re with another person, you’re a lot less likely to be approached by a stranger with bad intentions.

You shouldn’t post pictures on social media while you’re on vacation because it just advertises that you aren’t at home. This same rule applies any time you’re away from home having a good time. Your extended network may decide it’s a good idea to stop by your home and break in while they know you are away.

Talk to your friends about staying off social media while you’re out together. Pictures can always be posted the morning after. If they insist on posting pictures, request that they don’t tag you until the next day.

In addition, everyone should avoid checking in on social media. Not only does it discourage thieves from stopping by your home, but it also prevents acquaintances you would rather not see from stopping by when they see where you’re partying.

Make Sure Your Cell Phone is Charged

Your cell phone is a convenient device to have at your side, but if you’re out late at night, it can save your life. You can call for a ride, check in with a friend you have been separated from, or use it to tell someone back at home where you’re going. Make sure it’s charged before you go out so your phone is ready to go when you need it.

Have a phone that dies a lot? Or maybe you always forget to charge it? Keep a charging device in your pocket or purse so you can charge your phone on the go.

There are some things you should bring with you when you go out at night. Other things are best left at home. Not only will you prevent yourself from losing them if you simply don’t have them, but you can also discourage pickpockets and thieves from trying to steal them from you while you’re out and about.

Valuables you should leave at home include:

It also means being careful about how you get there. Avoid taking shortcuts through back alleys and dark side streets. Instead, make sure you stay in well-lit areas near other partiers.

No matter how much you plan ahead, sometimes things happen. Whether you’re alone or you’re with someone else, you may be approached by a person with bad intentions. You’re more likely to make it out of the interaction unscathed if you have a personal safety device.

There are different kinds of devices to choose from. Some emit loud sounds while others automatically place phone calls to emergency services. Pepper spray continues to be effective, while self defense knuckles and keychains can make you feel safer as you’re out walking around at night.

Going out at night with friends can be a lot of fun, but it isn’t going to be fun if you are injured, if something is stolen, or if you don’t make it home at the end of the night. Have a great night and wake up in the morning with good memories of your experience by planning ahead. From designating a driver to the buddy system and leaving valuables at home, there are many ways you can make sure you return home safely at the end of the night.