Los Angeles: In Honor Of “Q” The Icon The Fabulous Quincy Jones At Spago 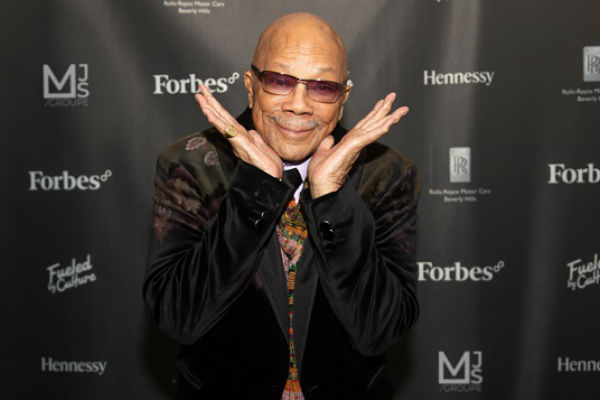 Held on Thursday, September 19th, 2019 at the iconic Wolfgang Puck owned restaurant Spago in Beverly Hills, Forbes teamed up with Fueled by Culture, Rolls-Royce Beverly Hills, Hennessy and The MJS/Groupe to celebrate the work and life of the musical legend.

Quincy Brown and Rashida Jones attends the dinner that featured a personally curated menu for the evening Arriving in a Rolls-Royce Phantom, Quincy entered the dinner to standing ovation where he was honored among family, friends, and colleagues for his more than 60 years in the entertainment industry. A celebrated American record producer, multi-instrumentalist, singer, composer and film and television producer, Quincy has worked with musical talents such as Frank Sinatra, Aretha Franklin, Michael Jackson and Celine Dion that lead him to hold a recorded 80 Grammy Award nominations, 28 Grammys and is a recipient of the Grammy Legend Award. 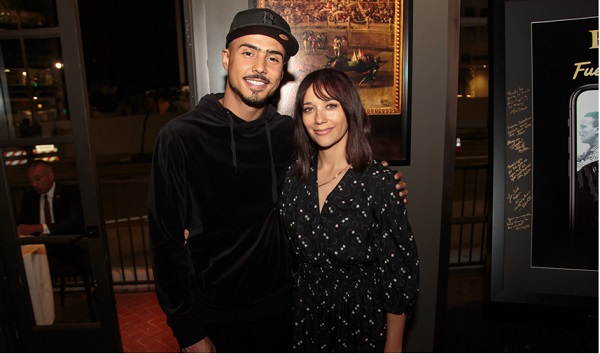 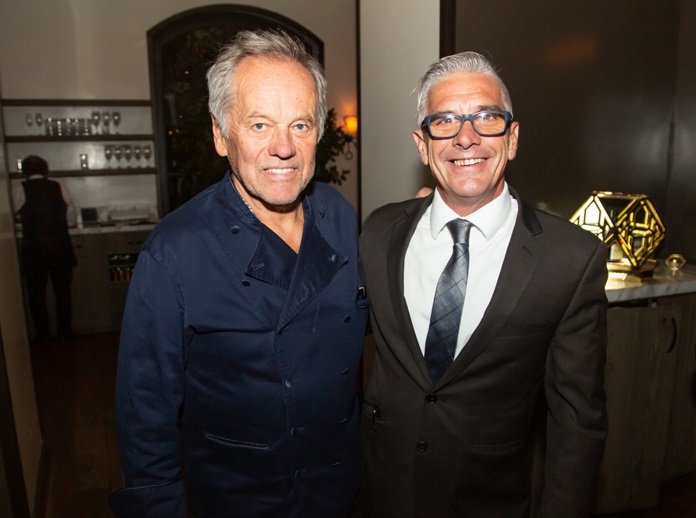 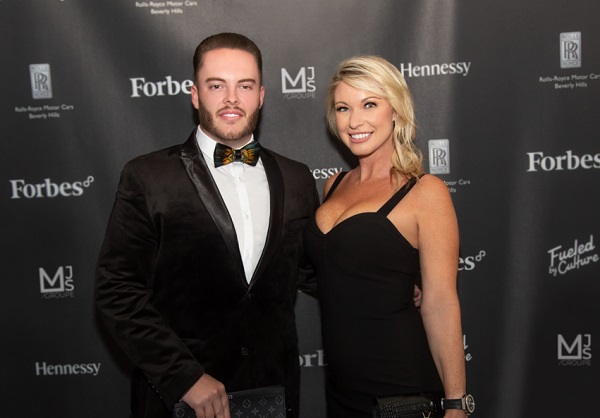 The evening also brought in local VIPs including Chef and Owner of Spago, Wolfgang Puck, Quincy Brown, son of Sean ‘Diddy’ Combs, Rashida Jones, Actress, Tom Davis, CMO of Forbes, Marcus Damas, Founder of Fueled by Culture, Michael Snell, Founder of The MJS/Groupe and Jennifer Stroup, Brand Director of Rolls-Royce Beverly Hills. Quincy was also honored by Moët Hennessy for his lifetime commitment to solving racial injustice and was presented with an engraved decanter of Paradis Imperial Cognac. Guests enjoyed hand-crafted spirits by Moët Hennessy and a specially curated dinner menu down by Wolfgang Puck himself. 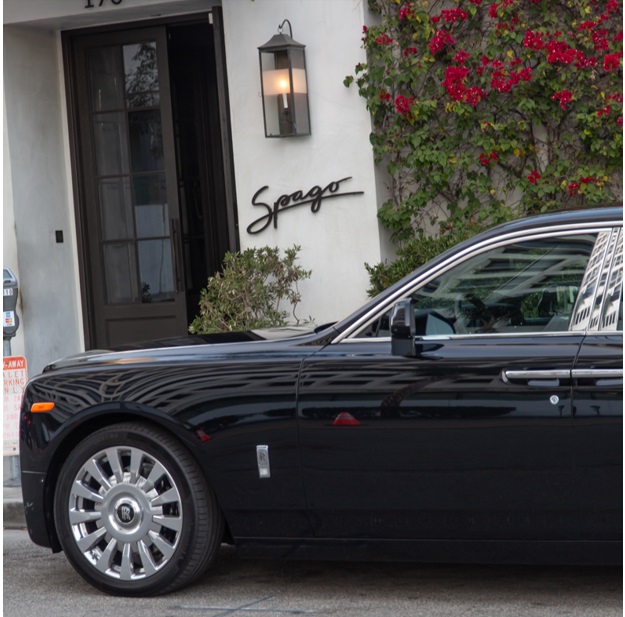 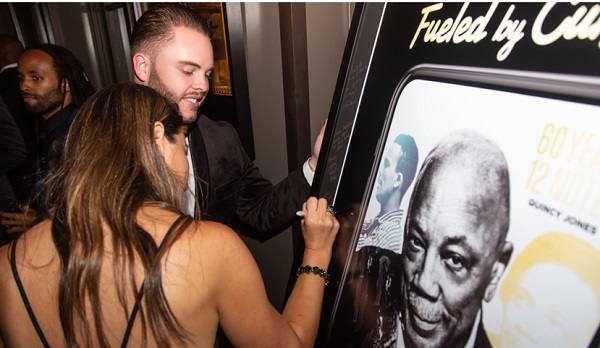 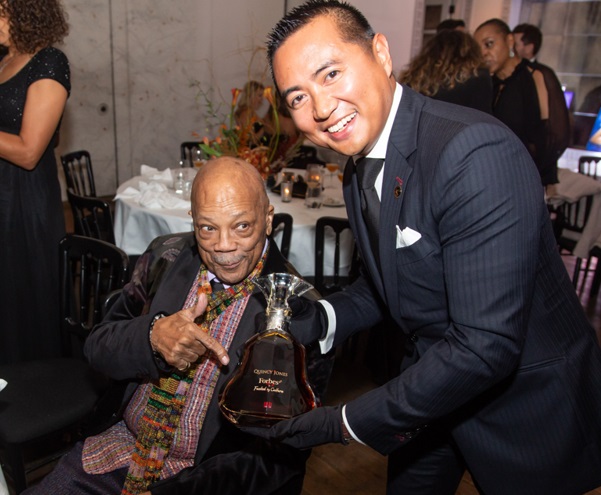 Forbes8 is a global partnership between Forbes and AW3 Media, whose founder, Amos Winbush III, is a noted serial entrepreneur and visionary. It serves as a digital video network that features more than 2,000 pieces of content designed to inspire, resource and equip every aspect of an entrepreneur’s journey. In addition to the partnerships with global telecom companies, it leverages expertise and knowledge as a successful entrepreneur to create experiences, services and products to help people achieve their personal and professional dreams.

The MJS/GROUPE is a full-service Marketing and Press firm that works with inspired companies, global influencers, and power-brands specifically catering to high-net-worth (HNW) and ultra-high-net-worth (UHNW) consumers. The core strategic engagements that are designed by Founder, Michael Snell are aimed at delivering results that
seamlessly integrate bespoke, one-of-a-kind tailored experiences from concept strategy, to branding and platform design. The firm fosters the engagement of it’s campaigns, driving back valuable consumer actions. Whether you’re just starting out or you’re evolving your brand, they help to curate every impression you make. 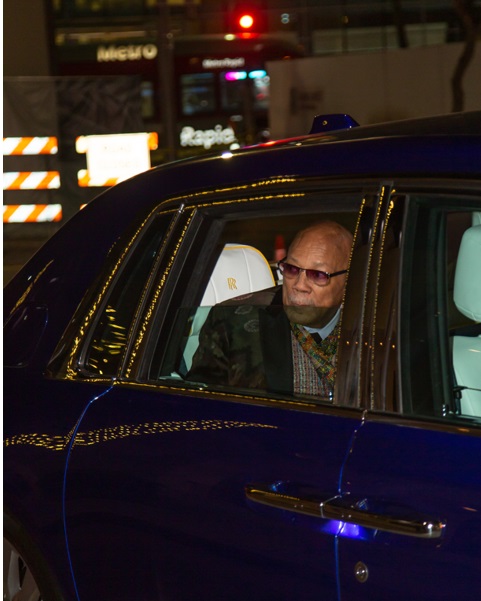 Founded by Marcus Damas in 2016, our firm was created to shift the narrative and representation across media platforms and businesses. Fueled by Culture was founded with the belief that there are cultural dead spots within every market and we aim to fill those voids.