Looking Beyond Blue And Pink: Choosing Gender-Neutral Colors For Your Toddlers 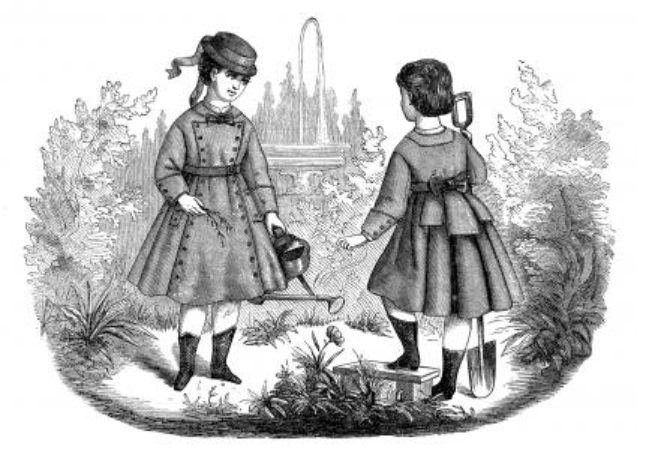 Colors play a big part in our daily lives. It affects our mood, the actions we do, and it also plays a large part in how we react, and the emotions we feel.

Colors also affect our living spaces – the ambiance, how cold or warm a place is, or how big or small it is. For children, colors are a common way to show how they feel. Like adults, children also use colors to give meaning to their moods and their feelings. It may not be as evident as adults, but colors also become a large part of how toddlers and children express themselves.

A child’s first exposure comes from the things around them, and as they grow, they identify these colors with their moods and behaviors. Over time, they begin to discern their favorite color, and also which colors they’d like to wear. What’s more, colors reinforce their imagination and creativity.

Colors and a child’s brain development

Children at the age of 3 to 4 years rely on visual elements to explain how they feel or what’s going through their minds. Most of them are only beginning to read and write, which is why colors play an important role as a tool of expression and memory.

Babies begin to develop sight after their 6th month, and this development continues until they reach age 10. Sight is a vital sense that connects us all to the world, and it has a profound effect on us. Did you know that the human eye can distinguish at least 150 different colors on average?

This means that a person with normal eyesight can distinguish between the thousands of colors. A child begins to create certain reactions as a baby, and these reactions are kept in their minds, eventually forming perceptions and preferences. They begin to associate colors and attach them to the emotions or their state of mind.

Children are psychological and physiological beings, and they use their senses to facilitate communication with the things and people around them. The first sense they use is the sense of sound, followed by smell, and then the sense of sight. Light and colors make a big part of their visual environmental factors, and they use this to communicate. Studies have shown that colors play a critical role in a child’s development of motor and cognitive skills.

Colors and its contribution to a child’s learning

A child’s education, development, as well as nutrition doesn’t only depend on what their parents provide for them. Environmental factors such as residential location, order, design, colors, and plan contribute to the child’s learning, and in some cases, hinder the revelation of their unique potential.

Colors play a strong role in creating the psychological and physiological levels in our brain, which is why it’s also an essential and strong aspect of a baby’s room, their clothing, and their surroundings. For children between the ages of 3 to 4, they may have already started some form of formal education, but they aren’t able to use reading and writing skills to communicate. This is when colors play a significant source of external information. Colors, in a child’s world, aren’t just to create nice and beautiful environments.

When designing educational spaces for children, the color of the walls, how decorative it should be, or rather, how colorful space, should become the main components we talk about. Why shouldn’t it? When learning spaces are colorful and varied, children display their full learning potential, as it provides a means of exploration and increases positive behavior and imagination.

Where did the whole “blue for boys, pink for girls” idea come from?

This particular train of thinking has been developed over centuries and fueled by mass media and mass manufacturing. Back in the 20th century, babies were typically dressed in light colors or white. The reason for this was because it was easier to bleach the clothing than to clean colored clothes. However, as time went by, white clothing gave way to pastel hues, and soon, pink and blue became a sought-after hue. Pink and blue became the colors that were used to associate the genders back in the 1910s as a means to code the colors of the sexes.

An article written and published in the 1918 Ladies’ Home Journal specified that boys often wore pink and girls wore blue. The journal pointed out that blue was more of a ‘delicate and dainty color’ while pink was a ‘stronger, brighter color,’ which suited boys more.

At some point, and nobody really knows why, the opposite became famous. However, this whole pink for girls and blue for boys are more of western ideology and concept, which of course, spread throughout the globe. Other cultures feature different colors for boys and girls, and it also depended entirely on the baby’s complexion. Some cultures favored blues and greens for boys for personified strength, while girls were dressed in red for prosperity and beauty.

While culture influenced the traditional gender colors, overtime, commercialism took over, and manufacturers of baby clothing decided much of what boys and girls wore. Social progress also became part of the trends in baby clothing. For example, in the 60s and 70s, flower power took over the designs, and many items worn at that time featured flower motifs and bright colors and hues.

It was during the 70s that the whole idea of non-gender conformity to color began to blossom. Parents started looking for gender-free or gender-neutral clothing, except manufacturers at that time weren’t entirely sold to that idea and didn’t cater to providing clothing that featured more than just pink and blue.

What colors can we choose for a baby that isn’t pink or blue?

Parents have been asking this question a lot in recent times. What kind of colors is right for a newborn that isn’t pink or blue? Is there anything that’s unisex? What kind of colors should we go for if we don’t know the baby’s gender? In this present day, there’s no gender rule, especially when it comes to color, so you can dress your baby in whatever color you’re comfortable with.

There are many sites offering plenty of neutral colors that are versatile, which means you do have an extensive choice. You can buy baby girl outfits via this page that come in yellow, blue, orange, pink, and leopard print; you name it. You don’t have to always go for traditional colors just because tradition or society dictates it.

The colors you choose to dress your child are entirely up to you, and it’s also not wrong if you want to go more traditional or contemporary.

Picking a neutral color for your baby

While the choice is entirely yours, here are just some cool ideas to try if you’re finding a hard time to choose a color.

Yellow and green are among the most popular gender-neutral colors right now. These fun colors are ideal for parents who don’t know the gender of the baby prior to delivery. Both yellow and green are fresh and vibrant colors that symbolize new life and exploration, and it’s perfect for dressing up a baby or toddler starting to take their first few steps in this world.

Another popular gender-neutral option is white, and you’d actually find a lot of these colors in baby and toddler sections. You can never go wrong with white, whether they’re onesies or dresses. Plenty of department stores and baby clothing brands offer white as it’s a classic color staple for newborn babies. More often than not, these clothing are passed down from one sibling to another or from one generation to another. White is popular as it exudes feelings of softness, and it’s also perfect for sensitive newborn skin.

Pastel shades are also very much favored by parents nowadays, as they are an excellent neutral option. Some of these colors, such as light brown, light mauve, grey, navy, creamy hues, and midnight blue, are among the favorite colors parents choose to dress their children in.

Ivory, mint, and ochre are another set of colors that are popular, especially for special occasions such as christenings and birthday parties. A major advantage of ivory, mint, and cream is that it also makes an excellent choice for mixing and matching classic staples. That said, there’s no reason for you to incorporate these colors into your child’s day-to-day wardrobe. From ivory-collared bodysuits to mint wool-knitted sets, toddler brands have expanded color selection beyond pink and blue.

It’s the 21st century, and while colors do play an essential role in a child’s development, when it comes to picking out a color for your child to wear, go ahead and break the rules of color conformity. Dressing up your baby is an exciting time, and we all know it won’t last long. If you want a classic look that’s not gender-coded, then go ahead with safer options of muted and pastel shades. However, if you’re looking to do something different, prints, stripes, and motifs are ideal, especially if you’re not sure whether bold colors may be overpowering for your baby or not.