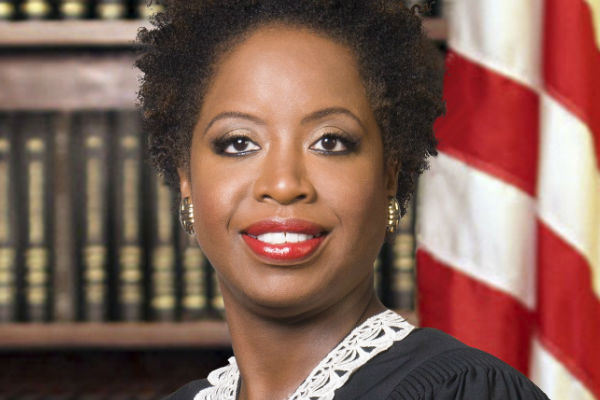 Join Judge Tanya Kennedy, as she talks about her Harlem inspirations, the #WeToo in the Legal Workplace initiative, the National Association of Women Judges and much more with host Danny Tisdale, on The Danny Tisdale Show.

In honor of Women’s History month, Harlem born Judge Tanya Kennedy is immediate past-President of the National Association of Women Judges, an organization of over 1,000 judges, attorneys, law professors, and law students from across the nation. She is also a Supreme Court Justice of the State of New York, Civil Term and the former Supervising Judge of Civil Court, New York County.  Justice Kennedy previously served for ten years as an Adjunct Professor at Fordham University School of Law. She is Chair of the New York City Bar Committee to Encourage Judicial Service and member of the Board of Overseers of the Benjamin N. Cardozo School of Law, where she received her law degree. Justice Kennedy promotes the advancement and empowerment of women through her membership in various women’s organizations. Justice Kennedy serves as a mentor through her visits to various churches, schools and other organizations as a youth motivational speaker and is the recipient of numerous professional achievement and community service awards.  She is also a frequent speaker at panels and conferences. Justice Kennedy received her law degree from Benjamin N. Cardozo School of Law in 1992.