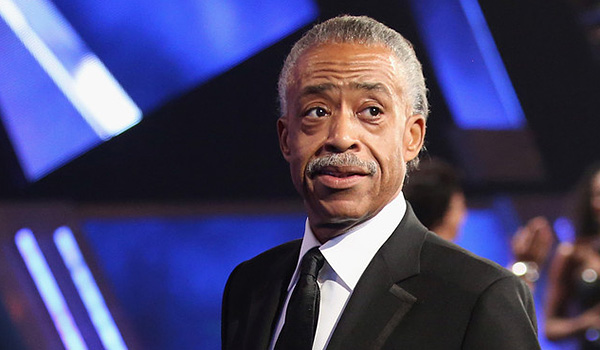 The event will feature a special focus on the future of HBCUs in partnership with the largest scholarship provider for students of color, UNCF (United Negro College Fund).

The theme of this year’s festival is “Reset America” — part of a series of OZY programming focused on fundamentally reimagining America’s institutions with racial justice at the core. “At OZY, we focus on the new and the next,” said Carlos Watson, co-founder and CEO of OZY Media, and co-host of OZY Fest along with BBC World News presenter Katty Kay and stand-up comedian Aida Rodriguez. “We are inspired to partner with UNCF and Dr. Lomax to ask some fundamental questions about what the future will be like with HBCUs at the center of leadership,” says Watson.

“HBCUs have been quietly getting incredible results and closing the wealth gap. With the recent rise of HBCU graduates to the highest levels of national leadership — and billions of dollars in national investment, now is our moment,” said Dr. Lomax. “We are thrilled to partner with OZY to share our story and our vision for the future on such a diverse and interactive stage.”

From Kamala Harris to Raphael Warnock to Stacey Abrams, HBCU graduates have ascended to some of the most influential positions in our country. “With billions of federal dollars being invested in HBCUs, this is our moment,” says Dr. Lomax.

“What will America look like when the voices of those who have been most marginalized and erased are setting the agenda?” Watson asks.

In the featured conversation on the first day of OZY Fest 2021, Dr. Lomax and Watson will be joined for a panel entitled “The Future is HBCU” with guests Dr. Roslyn Clark Artis, President of Benedict College; Tope Folarin, author of A Particular Type of Black Man; and Lauren Wesley Wilson, CEO of ColorComm, Inc.

As part of the partnership with UNCF, all current students at HBCUs receive free access to the premium VIP interactive OZY Fest platform, and a portion of all VIP ticket sales are being donated to UNCF.

For a full list of headliners and information about how to register for tickets or purchase VIP passes, head to www.ozyfest.com.

UNCF is the official beneficiary of OZY Fest 2021. OZY Fest is sponsored by Chevrolet and American Family Insurance. It is produced by OZY Media in partnership with YouTube, Twitter, Clubhouse and iHeartRadio.

OZY is a next-generation media and entertainment company that aims to help curious people see the world more broadly and more boldly by introducing them to “the New and the Next” — narratives that defy convention, change perspectives, and ignite ideas.

Beginning as a digital magazine in 2013, OZY has evolved into a modern media company, featuring award-winning podcasts, 100,000-person festivals, and Emmy-winning TV series with leading networks, including A+E, HISTORY, Lifetime, Amazon, Hulu, OWN, PBS, and BBC.

Led by journalist and TV host Carlos Watson and co-founder Samir Rao, OZY is based in Mountain View, California, and backed by leading Silicon Valley investors such as Emerson Collective, Marc Lasry, and Tom Franco.

To serve youth, the community, and the nation, UNCF supports students’ education and development through scholarships and other programs, supports and strengthens its 37 member colleges and universities, and advocates for the importance of minority education and college readiness.

Today, UNCF supports more than 60,000 students at over 1,100 colleges and universities across the country.

Its logo features the UNCF torch of leadership in education and its widely recognized trademark, “A mind is a terrible thing to waste.” ®