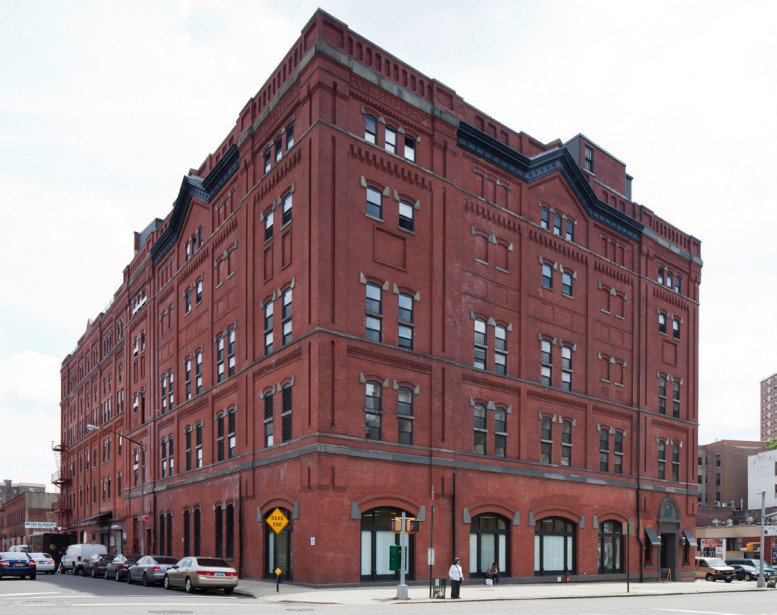 Asking rent for the space was $55 per square foot.

“Janus and the Manhattanville Factory District have had a long and productive relationship with GLUCK+,” said Scott Metzner, Principal of Janus. “Not only was GLUCK+ an early adopter of the District, but the firm has been instrumental in the neighborhood’s design and growth into one of New York’s premier innovation clusters.”

GLUCK+ has delivered a range of renowned commercial, office, life sciences, residential, affordable, multifamily, education and arts spaces across the United States, delivering fully integrated design and project oversight for agile, transparent building strategy. The firm led the design of the Manhattanville Factory District’s Malt House, a 200,000-square-foot former brewery reimagined into a dynamic office building catering to commercial users as well as those in the life sciences and the arts. The building incorporates 125,000 square feet of new, Class A space on top of 75,000 square feet of renovated brewery space that preserves cast-iron columns, brick-vaulted ceilings and dramatic steel structures. The building is the new home of the world-famous art gallery Gavin Brown’s Enterprise.

“For our firm, the Manhattanville Factory District is very much our home,” said Thomas Gluck, Principal at GLUCK+. “As architects and builders here in New York City, we value the vibrant mix of old and new, both in terms of the buildings and the potential uses.”

The Manhattanville Factory District is a master-planned neighborhood of more than one million square feet in West Harlem, developed by Janus and stretching from West 125th to West 128th Streets at Amsterdam Avenue at the A, B, C, D and 1 trains. A major focus has been to build an active streetscape integrated into the existing West Harlem fabric, including a significant new life science cluster to add to City College and Columbia University’s growing presence in this field. Design strategies preserve the existing architecture and spirit of the neighborhood while adding new state-of-the-art lab facilities. The District creates a collaborative corridor anchored by Columbia University, Columbia Medical Center, City College, New York Structural Biology Center and Harlem Biospace, and brings much needed, publicly accessible open space to this reimagined industrial neighborhood.

Janus recently announced the topping out of the most recent addition to the District: the Taystee Lab Building, an 11-story, 350,000-square-foot, LEED-Certified, Class A lab and office building. This state-of-the-art facility will house organizations specializing in the life sciences, technology, academia, non-profit, retail and the arts, among the many industry sectors allowed as-of-right in this mixed-use district. This large-scale, ground-up development features flexible floor plates that run from 36,000 square feet at the base to 15,000 square feet in the penthouse, while all floors have expansive, 14-foot floor-to-floor sections of glass curtain wall. Additionally, the project offers nearly 20,000 square feet of outdoor space on multiple levels, including a landscaped courtyard that provides direct access from 125th Street through the Manhattanville Factory District.

The Janus Property Company is a developer, long-term owner and manager of commercial, mixed-use and residential properties in New York City with a current primary focus on the creative redevelopment of properties in West Harlem. Founded in 1989, Janus has offices in the Manhattanville Factory District. Janus has consistently undertaken challenging community development projects, creating enduring value
for tenants, partners, lenders and the greater New York City community. It specializes in understanding the numerous complex issues involved in developing and managing real property in New York City, and in particular, New York’s emerging low and moderate income communities. This has resulted in an impressive array of successful projects ranging from the extensive rehabilitation and new construction of market rate and affordable rental and condominium housing to mixed-use projects and large-scale commercial neighborhood developments. www.janusproperty.com