Is “Matilda The Harlem Goat” Back? Welcome The Weed Eating Goats Back In Harlem 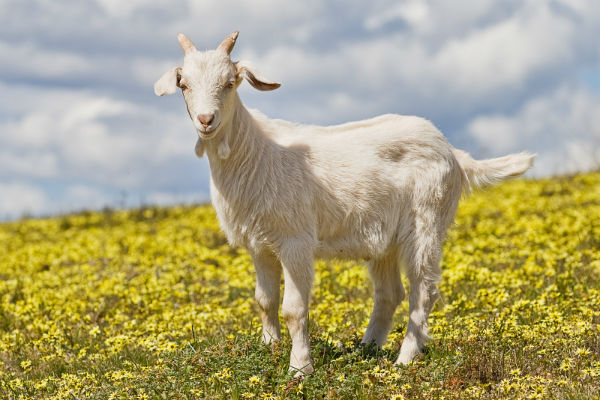 First it was Matilda The Harlem Goat in the 1800s, now the stewardship group that helps maintain Riverside Park has planned a welcome party for a herd of goats that will help clear the park of weeds this summer.

When the 24 goats show up on May 21 for their first day of work — which consists of chowing down on weeds in hard-to-reach areas of the park — the Riverside Park Conservancy will host a party that promises “a little eco-education and a whole lot of goat-centric fun.” The suggested attire: Haute Goature — and the puns don’t stop there.

The Riverside Park Conservancy is calling its summer program “Gotham” — a play on New York City’s nickname of Gotham. Gotham actually means “goat town” in Old English and was first meant as an insult to the city when it was introduced in the early 19th century, according to the Conservancy reports Patch.

Goats are able to consume 25 percent of their body weight in vegetation and unlike humans are not affected by poison ivy, which makes them “natural weed whackers.” By deploying the herd in areas that can be difficult for humans to work in — mainly parkland on steep slopes — it frees up conservancy staff to perform other maintenance projects. Goat fecal matter also adds nutrients to the soil, which will help desired plants grow, according to the Riverside Park Conservancy.

The goat her will help clear a two-acre stretch of Riverside Park like it used to do back in the day, located roughly between West 119th and 125th streets, of weeds such as porcelain berry, English ivy, mugwort, multiflora rose and poison ivy, according to the Riverside Park Conservancy. These weeds are considered invasive species harmful to the park’s vegetation, according to the conservancy. 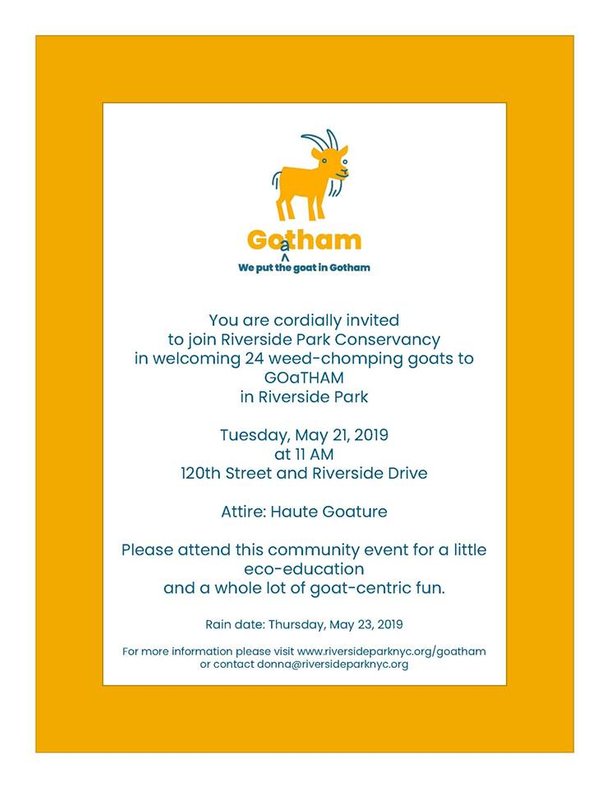 The “Goatham” initiative will run between May 21 and Aug. 30, 2091, according to the Riverside Park Conservancy. Goats will be kept in a fenced-in area while they are working to ensure that none escape and that humans don’t attempt to bother them while they’re working.