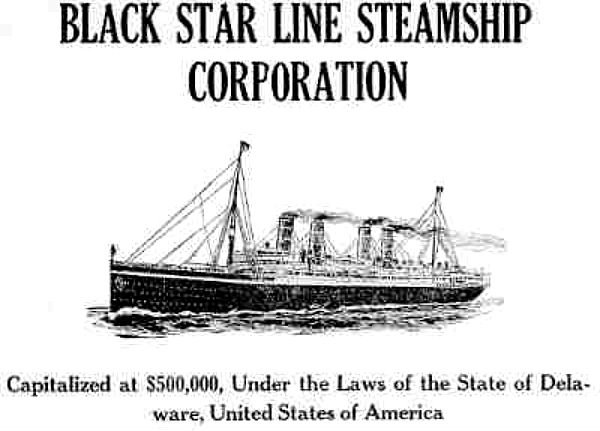 Garvey spent $200,000 for the Black Star Steamships that were anchored on the Harlem Piers, The ships were the SS Yarmouth, the Kanawha (renamed the SS Antonio Maceo) and the SS Shadyside.

The Shadyside was listed by the Black Star Line as worth $35,000 … In March, 1921, the Shadyside lay on t h e beach beside North River at the foot of 157th Street and was in a hopeless condition, quite beyond repair.

PBS in their People & Events: The Black Star Line notes for their documetary on Marcus Garvey said:

The “S. S. Shadyside,” a Hudson River excursion boat, carried black passengers on a “cruise to nowhere” on the Hudson one summer, and in the fall, sprang a leak and sank.

The ship was thought to be sabotaged, and we think remain in the Harlem River waters today in Harlem.