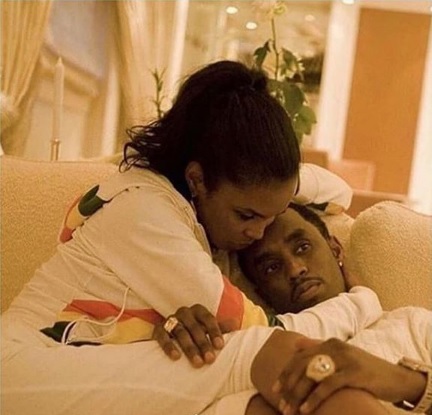 Harlem man Sean ‘Diddy’ Combs is having a moment of public clarity when it comes to his personal feelings about love reports The Jasmine Brand.

Specifically, he’s coming clean about his feelings for Kim Porter, whom he was in a long relationship with and shares children with. Over the weekend, he shared a vintage photo of him and Kim together. In the image, they sweetly held each other with the 49-year-old captioning the post (above).

Within the comment section of the post, Diddy agreed with a person that criticized how he was with Kim when she was alive.

Diddy had an on-again, off-again relationship with Kim, which lasted from 1994 to 2007.

He raised and adopted Quincy, Kim’s son from a previous relationship with singer/producer Al B. Sure! Together they had a son, Christian (born 1998), and twin daughters, D’Lila Star and Jessie James (born 2006).