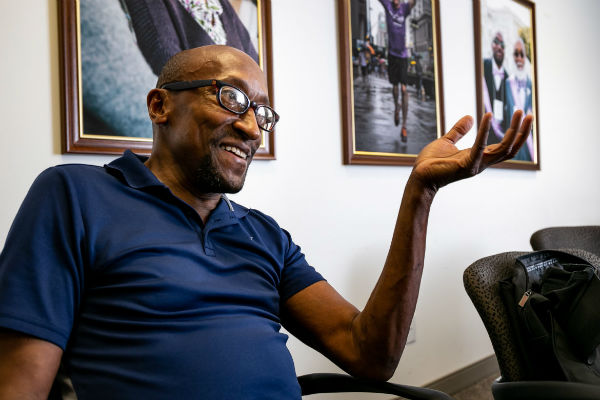 CityLimits wrote that “Smith had also cared for his mother after she was diagnosed with Alzheimer’s. That experience gave him a sense that he too may have developed the disease and, after trying to ignore instances of memory loss and confusion, he finally visited a hospital. There, tests confirmed that he had Alzheimer’s. “When I found out, I cried,” he says. “But then I said, ‘What am I going to do about this?’”

Smith says the Alzheimer’s Association programs, including Latin dance classes and creative writing sessions, enable him to interact with a diverse group of New Yorkers, develop new skills and tap into long-dormant feelings, emotions and memories.

“Something happened last week when I was working on a collage,” Smith says. “I was 10 years old, 12 years old like I was in art class again. I had this response to color and shapes and as I was reaching for something, my whole body calmed down and it was amazing. It’s been a long time since I’ve felt that.”

Members of the community can call the Alzheimer’s Association, New York City Chapter’s 24/7 helpline to sign up for and learn more about our support services. 800-272-3900 at City Institutions Battle Alzheimer’s With Art.