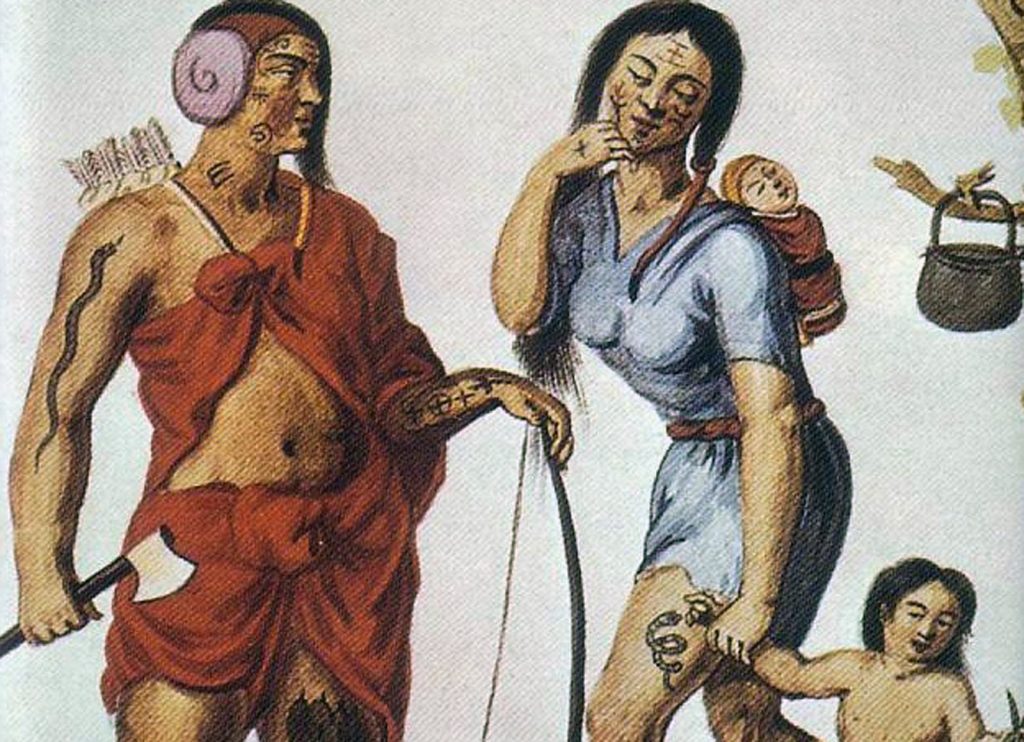 The original settlers of Harlem were the Wecksquaesgeek Indians, who raised corn and tobacco, and called their land Quinnahung, or Planting Neck.

The Weckquaesgeek tribe, was a subset of the Wappani Wappani, or the Wappinger, they were a group of Native Americans whose territory in the 17th century spread along the eastern side of the Hudson River from Dutchess County south to Manhattan and east into parts of Connecticut.

Although the European understanding of “tribes” did not generally apply for most of the Wappingers’ history, they were most closely related to the Lenape and Mahicans, all speaking the Algonquian languages.

The Weckquaesgeek were not pleased by the May 24, 1626 barter exchange between Peter Minuit and the Canarsie Native Americans of Brooklyn for the possession of Manhattan. By 1643, the two groups went to war.

It is reported that they “sold” the island of Manhattan to Dutch traders for $24 worth of beads on May 24th, 1626 to the Dutch West India Trading Company and later owned by the Van Cortlandt family.

According to Wecksquaesgek Indian, Bobbie Hawkfeather, the last full-blooded Weckquaesgeek. His people got the better end of the deal.

“Our ancestor spirits were wise, like Cousin Owl. They told my people to re-invest the white man’s beads into slaves and opium. Money flowed like firewater. Meanwhile, the Dutch pale-faces made war with the English pale-faces and got totally pawned.”

Manhattan got its name from the Indians, who called the place Manna-hatta, which meant “hilly island.” In south Harlem is Carnegie Hill is among the hilliest parts. The village of the 60 or so Weckquaesgeek Indians who settled here is now buried beneath the pavement around Park Avenue and 98th Street.

The Dutch and English were slow to settle this area (and quick to draw the Weckquaesgeeks into conflict) because the area was “too hilly for farming.”

Records show that Indians referred to the crossing as “The Wading Place.” Future generations would see a ferry crossing and eventually the King’s Bridge.

The Weckquaesgeek is called the Harlem River the Muscoota, which means a river among the green sedge (grassy plants which have solid stems). Cromwell’s Creek, formerly known by the Indian name Mentipathe, flowed into the Harlem River near where Yankee Stadium is located, after following a course along what are now River and Jerome Avenues.

Local colonists renamed this creek for James Cromwell, who owned a mill on the water.

Photo credit: Munsee Family Like Wiechquaesgecks Who Once Inhabited the Region Including Today’s Pelham and Sold Lands to Thomas Pell on June 27, 1654.