From Harlem To Harare, Consumers Express Frustrations With Companies That Automate Customer Service 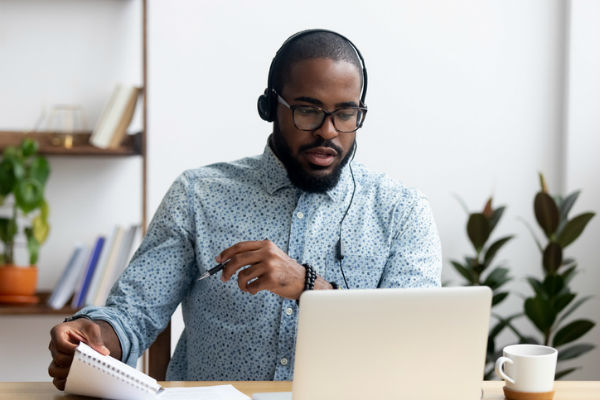 The nature of customer service continues to change as large companies look for ways to save money while managing ever-increasing numbers of customers.

Instead of calling an 800 number and speaking with a customer service rep, consumers are increasingly being pushed toward “chats” with a bot powered by artificial intelligence (AI).

It’s fine if your issue is a simple and predictable one, but it’s less helpful if it’s a more complicated problem that can’t be resolved with a programmed response. In 2019, it led Forbes to declare that “customer service isn’t what it used to be.”

“In some ways, it’s a consequence of the impersonal nature of the online world,” Forbes noted. “With increasing automation of services (think never-ending phone menus or getting stuck in voicemail jail), it’s become difficult for customers to actually speak to a living person who cares about service.”

Since the article was published, the trend appears to have accelerated. J.D. Power this week reported that customer satisfaction with homeowners insurance companies fell to a five-year low in 2021, largely due to the way companies interact with their customers.

We found evidence of this dissatisfaction in an analysis of ConsumerAffairs reviews. In the last seven days, ConsumerAffairs received 216 reviews covering a wide range of businesses and industries that mentioned the words “customer service.”

The majority of the reviews – 57% – gave the company only a 1-star rating, suggesting that consumers are not happy with the service they received. Jackie, of Belleville, Ill., recently detailed her frustration after not receiving items from an order she placed with Bed Bath & Beyond.

“I had no choice but to spend more money and just do same-day delivery. $9.99. Fine. I had no other choice. Add the $8 tip and that’s nearly $20 in addition to the items I now had to double up on due to them not even shipping my stuff at that point,” Jackie wrote in her review.

“This was roughly 12 days after my order. And anyone’s who’s dealt with their customer service knows that unless you have at least 5 minutes of silence in between each chat message and the patience of a saint, you’re going to be in a bad mood by the time you even attempt to contact them (why even have chat, just use email if you can’t actually chat at a reasonable speed.)”

“Everything went smooth, accurately, and quick results. A person who handled my problem at Asurion was very professional, polite, and efficient,” John, of Jarrell, Texas, wrote in a review. “Problem was resolved quick and easy. Thank you for your help in resolving this. I’ve had a lot of problems with other companies in the past.”

Companies, meanwhile, may not see the problem the way consumers do. Nextiva, a business telephone service, recently noted that many companies think they are improving customer service by having more machines and fewer people.

There remain a few companies that are maintaining the human touch in their customer service. Online shoe company Zappos is a prime example.

There remain a few companies that are maintaining the human touch in their customer service. Online shoe company Zappos is a prime example.

Tony Hsieh, the late CEO of Zappos, has written that the company made customer service the foundation of its marketing efforts by building a call center in Las Vegas and staffing it with full-time employees who take customers’ calls 24 hours a day.