From Food To COVID, What You Need To Know About Poly Gloves 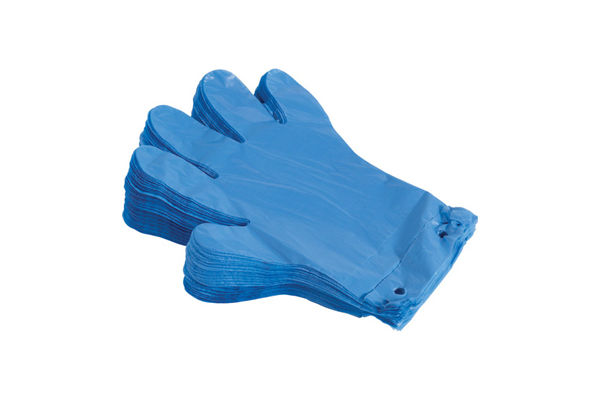 Poly gloves are some of the most economical gloves in the market due to their versatility and use in the food industry.

Poly gloves offer less precision than all the other types of gloves in the market and are disposable due to their delicate nature.

Poly gloves are made from polyethylene, a polymer synthesized from a combination of ethylene and a thermoplastic. As the polymer cools down to a solid-state, it is formed into various shapes depending on the manufacturer’s specifications.

Poly gloves are certified under the FDA regulations, which ascertain the components of gloves used in the food industry are safe for food items.

Poly gloves come in different modifications in mostly clear PE types. However, there is a new hybrid version that comes in blue. Poly gloves should only be used in non-medical instances as they do not offer the extra protection needed in stringent circumstances.

This is a thinner and less opaque version of plastic, which does not leach in its natural state. This makes it the best choice in food handling since the chemicals do not leak into the food. The LDPE is catered for use in making grocery bags, disposable gloves or dispensable bottles. Its light structure also offers functionality as a cling film in the food industry.

The HDPE is a more formidable form of the polymer plastic and more opaque than the LDPE. The HDPE is generally used for food guard gloves, applicable in restaurants and deli’s while prepping for food service.

These are used to make slightly more rigid plastics, mainly pipes, containers for shampoos, soap, milk, etc. Items made from HDPE are recyclable and do not cause damage to the environment.

Polycast gloves are a classification of poly gloves used in grocery stores or during food prep. The cast polyethylene gives these gloves a tighter fitting texture, which aids the grip in wet areas. This prevents slipping by providing a firm grip.

There are universal characteristics of poly gloves which constitute of the following:

Safety of the poly gloves

Aside from the FDA regulations, there are no other formal regulations concerning poly gloves in the market. However, there is an Acceptance Quality Level (AQL) which measures the pinhole defects of gloves. Glove manufacturers test the AQL through random samples taken in every batch manufactured. A low AQL indicates low glove defects. However, there are no specific guidelines on the maximum number of pinhole defects or the number of detects per box.

As poly gloves are disposable, there are few controls required during the manufacturing of the gloves. For instance, raw materials and factory compliance in the required glove certification should be monitored to ensure the gloves pass the standard guidelines.

Using the proper raw materials increase glove strength and flexibility, enabling the glove to last longer. This also reduces the possibility of glove failures and toxic compounds that can ultimately leak into the food.

Poly gloves are used only for single-use and should be disposed of after to prevent cross-contamination in case of perforation. Food handlers should also ensure optimal standard hygiene practices before donning the gloves. For instance, the food handler should follow proper handwashing guidelines then wear gloves that will be used for a single customer. The gloves should later be disposed of the right way.

Various restaurants and delis are also taking extra precautions in food sanitation by wearing double poly gloves to ensure proper insulation against pathogens. However, gatekeepers in the food industry should conduct regular and scheduled checks to ensure the gloves are being used properly. For instance, restaurants should have adequate stock to ensure the proper usage of one glove per serving is adhered to.

With the advent of the Covid-19 pandemic throughout the world, gloves’ demand has reached an all-time high with disposable gloves estimated to reach a CAGR of 13.1% by 2027. As gloves fall as part of the personal protective equipment (PPE’s), the ever-growing demand for regular use is bound to set up the industry exceptionally well in the years to come.

With great emphasis on the surgical gloves, the poly gloves market has also transcended tremendously due to food industry players needing to maintain the highest hygiene standards. As poly gloves are non-powdered, there is an expected to rise in the future. The need for safety and hygiene measures will ensure the steady rise of poly gloves in the future, especially in use in industries that are not too sensitive due to their nature.

Poly gloves can be found in various stores and warehouses at discounted rates depending on the number of orders placed. For instance, Amazon, Alibaba are just a few of the online sites available.  The Asia-Pacific region is the biggest manufacturer of poly gloves with proper market growth due to the demand for disposable gloves in the overall market. The biodegradable aspect of the gloves ensures that users can maintain environmentally friendly habits.