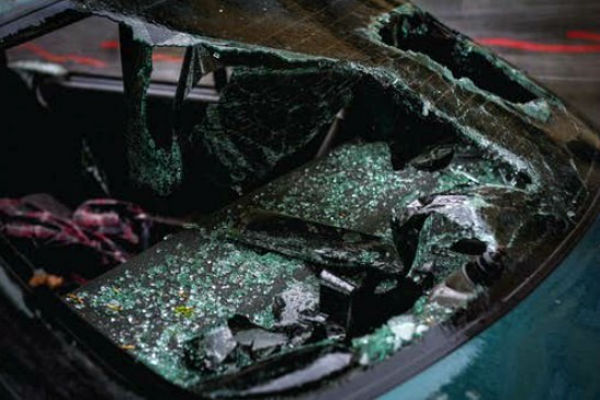 It’s not the sort of thing we want to think about, but each time we get into a car, we are putting our lives at risk. With 225.3 million licensed drivers on the road, anyone, anywhere can get involved in a car accident and the numbers prove that.

The most recent statistics show us that:

The numbers just keep going on and remain grim.

Speeding remains to be the top cause. This is followed by DUI (driving under the influence). What is also high on the list is driving while distracted. This could be because of talking, eating, phoning or texting. This has led to strict rules being enforced over the years where 48 states prohibit texting and driving, and 20 states prohibit speaking through handheld phones while driving

These facts only stress on the notion that you can be in a car accident at any time. Since the possibility is always present, you need to know what to do if involved in a car collision. Not knowing what to do can increase the risk of serious injury, and interfere with what you need to do legally. This can ruin your chances or at least make it more difficult to get your legal rights if you’re a victim of a crash.

There aren’t that many things to remember to do, but these few actions will help your legal standing, so have a look and keep them in mind.

Remain at the scene and call 911

It’s crucial that you remain at the scene of the accident. Even if it’s a minor accident, you might be more injured than you think. You need to call for help. Often times, victims of car accidents have their injuries show up later. Leaving the scene can have serious consequences that may be imposed on you such as fines and, in some states, even jail time.

There are several reasons why contacting a lawyer must be one of your first priorities. For a start, you might say something wrong concerning the accident. This happens often since it’s normal to be confused and in shock after an accident which can lead you to say the wrong thing. You might already have decided and said that you were at fault when actually you might not have been.

A second reason is that a lawyer can get you the compensation you would be entitled to if you were not at fault. People’s lives turn upside down after vehicle crashes with injuries sustained that need hospitalization, treatments, doctor visits and/or surgeries. The facts associated with car crashes are shocking. You might not be able to work after an accident, maybe for days or more. It’s your right to get compensated for all of this and a lawyer can get you the maximum compensation for injuries sustained and property ruined.

Another reason is that you simply don’t have the same expertise as an attorney who has the experience and is well-versed in how to handle such incidents. An attorney will guide you through what exactly needs to be done.

Limit communication with the other driver(s)

There’s no obligation on you to give more than your name and insurance information. Most likely, the police may have arrived, but if they do not, you need to call them. When a police report is made, you’ll want to get as much information as possible, such as the name and insurance of the other driver, the report number, the names of attending officers, and contact information of any witnesses. You can also take your own notes, such as which direction were you driving in and which direction the other car was going at the time of impact.

To help a possible case for compensation, you will do well by taking pictures of the accident scene. You can use your phone for that. Evidence quickly disappears after an accident, so you want to do this early on.

No one wants to be in a car accident, but no matter how careful you are, you just might not be able to help it. It only takes seconds for an accident to happen. Knowing what to do at the time will help you, later on, get through the experience in peace.

Find Out If You Can Still Drive Afterwards

Whether you can still drive after an accident depends critically on the circumstances of the case. If the other driver was at fault and you were an innocent bystander, then you don’t have to do anything in particular. Your license and insurance remain valid.

However, if there is evidence of alcohol in your system, you may need to Google, “SR22 insurance near me.” That’s because regular insurance premiums usually won’t cover you.

Lastly, you’ll also want to make sure that you don’t have any additional points on your license or a disqualification from driving. If you do, then you may want to consider an appeal, especially if you use your vehicle for world.