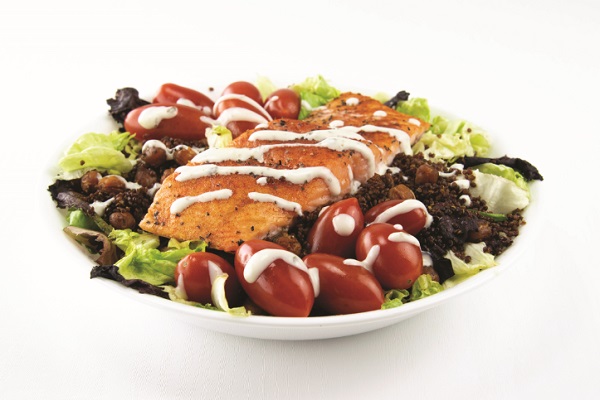 While previous studies have found that consumers’ unhealthy diets can have a negative impact on longevity.

A new study conducted by researchers from the Buck Institute for Research on Aging found that following a healthy diet isn’t always a guarantee for longer life.

The researchers learned that everyone’s body responds differently to diet interventions, and consumers shouldn’t bank on the fact that a healthy diet will add years to their lives.

While a healthy diet is an important component of overall healthy life, the researchers emphasize that individual genes are also important to consider when thinking about longevity.

“Dietary restriction works, but may not be the panacea for those wanting to extend healthspan, delay age-related disease, and extend lifespan,” said researcher Pankaj Kapahi, PhD.

“Our study is surprising and gives a glimpse into what’s likely going to happen in humans, because we’re all different and will likely respond differently to the effects of dietary restriction. Furthermore, our results question the idea that lifespan extension will always be accompanied by improvement of healthspan.”

Healthy living should be the goal

The researchers conducted their experiment on fruit flies, as they share many molecular similarities with humans.

Nearly 200 different kinds of fruit flies were analyzed for the study, and the researchers were interested in learning if healthier diets improved both lifespan and healthspan.

Nearly 200 different kinds of fruit flies were analyzed for the study, and the researchers were interested in learning if healthier diets improved both lifespan and healthspan.

“It’s hard to ask and get relevant results in individuals,” said researcher Kenneth Wilson, PhD. “With this method, we can ask questions in a much more robust manner and get answers at the population level.”

Ultimately, the researchers learned that the varying genetic make-up of the fruit flies yielded different results. Overall, just half of the fruit flies experienced improvements to their lifespans and healthspans following diet interventions.

Over 30 percent of the flies remained neutral after improving their diets, showing no improvements to their health or lifespan, but also not worsening over time.

Over 30 percent of the flies remained neutral after improving their diets, showing no improvements to their health or lifespan, but also not worsening over time.

Five percent of the flies lived longer following the change in diet but were in poorer health because of other age-related conditions reports Consumer Affairs.

“The majority of people are much more interested in being healthy for as long as possible,” said Dr. Kapahi. “I think most people if given the choice, would choose an intervention that would give them extra years of good health over extra years of disability.”

The researchers hope that consumers’ biggest takeaway is that interventions to improve health and lifespan are different for everyone, as genetics do play a large role in both factors.

“Lifespan-extending discoveries tend to get a lot of hype in the media as a way to cure all age-related maladies,” said Dr. Kapah. “People need to be aware that their genetic background will likely have a major impact on how they will respond to an intervention. There is a need to develop markers in the field so we can predict how an individual will react to any particular intervention in terms of improving health and lifespan.”